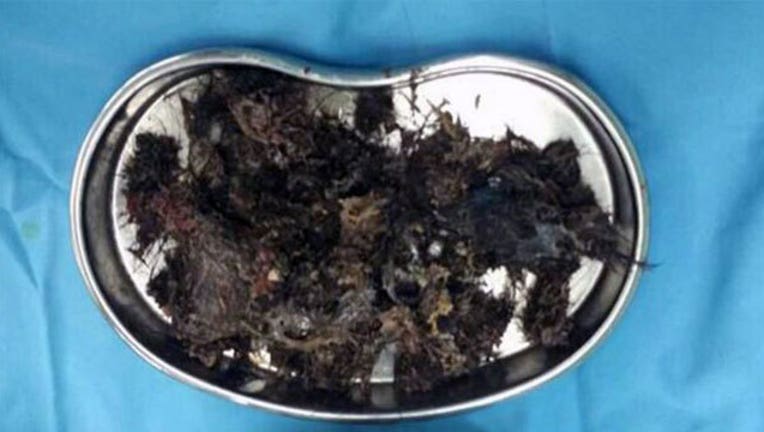 After 5-year-old girl in China complained of stomach pains, doctors discovered the source— a giant hairball that had hardened in her stomach.

Doctors believe Miao Miao, of Qingdao City in East China’s Shandong province, had likely been eating her hair for six to 12 months, Central European News (CEN) reported. This behavior is consistent with allotriophagy, a condition wherein a patient craves unusual substances, and similar to symptoms of pica, a condition in which patients eat chalk, metal and glass.

The girl, who doctors noted was shy, told her parents she often ate her hair when she couldn’t fall asleep during naptime at her nursery school.

Doctors removed the mass, which comprised about two-thirds of her stomach, and caused blockages and, later, pain. They advised Miao Miao’s parents to pay more attention to their daughter’s daily habits.