The jury concluded its first full day of deliberations at the sex-trafficking trial of British socialite Ghislaine Maxwell.

NEW YORK - A jury continued deliberations on Wednesday to decide whether Ghislaine Maxwell is a dangerous predator who recruited teens for Jeffrey Epstein to sexually abuse.  They went home after the second full day of work without reaching a decision.

At around 3:40 p.m. the jurors came back to court to ask the judge for two more trial testimony transcripts.

The trial is going into recess for the Christmas holiday.  Jurors will not return until next Monday.

They had been given the case around 5 p.m. on Monday and deliberated only for about an hour before going home. They went back to work at 9 a.m. on Tuesday.

At one point Tuesday morning they requested some testimony from the judge. They requested the transcripts of three of the accusers' testimonies from the trial.

The jury went home Tuesday evening without reaching a verdict.

Maxwell, 59, assisted, contributed to, and facilitated Jeffrey Epstein's abuse of minor girls between 1994 and 1997, according to a grand jury indictment. She is accused of recruiting, grooming, and abusing the victims, some as young as 14 years old. Maxwell would also encourage the victims to accept payment for travel and educational expenses, according to the indictment, making the victims feel indebted to the pair.

The jury in the Ghislaine Maxwell sex trafficking trial requested the transcripts of three of the accusers' testimonies from the past three weeks of trial.

The British socialite was the girlfriend and employee of Epstein, who killed himself in a Manhattan jail cell after his arrest on charges of sexually abusing dozens of underage girls.

Epstein had been charged in federal court in Manhattan with recruiting and abusing dozens of underage girls in New York and Florida in the early 2000s. He took his own life after being taken off of suicide watch about a month after his arrest.

Who is Ghislaine Maxwell? 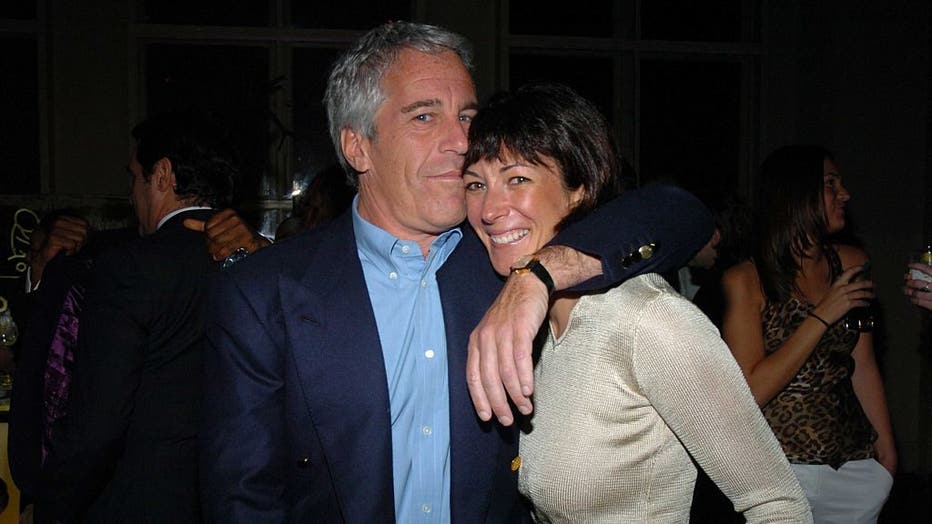 The alleged abuse occurred in various locations including Epstein's homes on Manhattan's Upper East Side, Palm Beach, Florida, and Santa Fe, New Mexico, along with Maxwell's residence in London. One of the victims was flown into New Mexico and taken shopping and to a movie.

Back at the residence, Maxwell massaged the girl who was topless at the time and encouraged her to massage Epstein, according to the indictment.

Maxwell was also accused of participating in group sex with Epstein's victims.

Many women accused Maxwell of recruiting them to give Epstein sexualized massages, during which they were pressured into sex. Maxwell repeatedly denied wrongdoing and called some of the claims against her "absolute rubbish."

Her defense lawyers and family claimed that she was Epstein's pawn and she was put on trial for his wrongdoings to satisfy a public desire to see someone pay for his crimes.

The first Maxwell accuser said was a 14-year-old eating ice cream at a music camp in 1994 when she was approached by Epstein and Maxwell, walking her dog. What followed over the next few years, the accuser said, scarred her for life.

The woman, now in her 40s, was introduced to jurors as "Jane" to protect her privacy. She testified that Maxwell and Epstein groomed her by taking her shopping and inviting her and her mother to Epstein’s Palm Beach mansion.

Soon she was visiting the home by herself when, she said, Maxwell and Epstein lured her into unwanted sexual contact that Maxwell treated as "no big deal."

The prosecution unfolded a green massage table from the Epstein home to corroborate the accuser's testimony that massages were used as a pretense for the sexual encounters.

A British woman testified that Ghislaine Maxwell pressured her into giving Jeffrey Epstein sexual massages when she was still a teenager.

The woman, using the pseudonym "Kate", described one episode during the mid-1990s at Epstein's Palm Beach, Florida estate where Maxwell left out a schoolgirl's outfit with a pleated skirt for her to wear for him.

"I thought it would be fun for you to take Jeffrey his tea in this outfit," the witness recalled Maxwell telling her.

After a sexual encounter that followed, she "asked me if I had fun" and told her, "You are such a good girl," Kate said.

Another accuser testified that Maxwell and Jeffrey Epstein forced themselves on her during a 1996 visit to the financier's sprawling New Mexico ranch when she was just 16.

Annie Farmer told jurors she accepted an invitation to the ranch hoping that Maxwell and Epstein wanted to help her with academic endeavors. Instead, she said, Maxwell ended up fondling her breasts and Epstein climbed into bed without her permission.

A longtime pilot for Jeffrey Epstein testified that he never saw evidence of sexual activity on planes as he flew his boss and others — including Bill Clinton and Donald Trump — for nearly three decades.

Maxwell was arrested in New Hampshire in July 2020 on sex abuse charges related to the Jeffrey Epstein scandal.

The trial had 12 jurors and 6 alternates that were picked from a pool of 40 to 60 people who made it through initial questioning.

The trial briefly paused during the prosecution phase after an attorney on the case got sick.

When the defense started their case they began with a woman who was a former office worker for Epstein.

Epstein and Andersson-Dubin remained friends after breaking up. She married Glenn Dubin, another financier.

On the stand, she denied that she had ever been involved in a group sex encounter with Epstein and a woman who testified for the prosecution.

Ghislaine Maxwell told the judge she would not testify in her defense, saying the government had not proven its case so "there is no reason for me to testify.

The defense rested after two days.

In closing arguments, a defense attorney referred to Maxwell as an "innocent woman" as the prosecution called her a "dangerous predator" who facilitated Jeffrey Epstein’s sexual abuses.

The summations came as the fourth week of the Ghislaine Maxwell trial got underway.

The jury received the case late on Monday afternoon and only deliberated for about an hour before going home for the night.

Deliberations resumed at 9 a.m. on Tuesday.