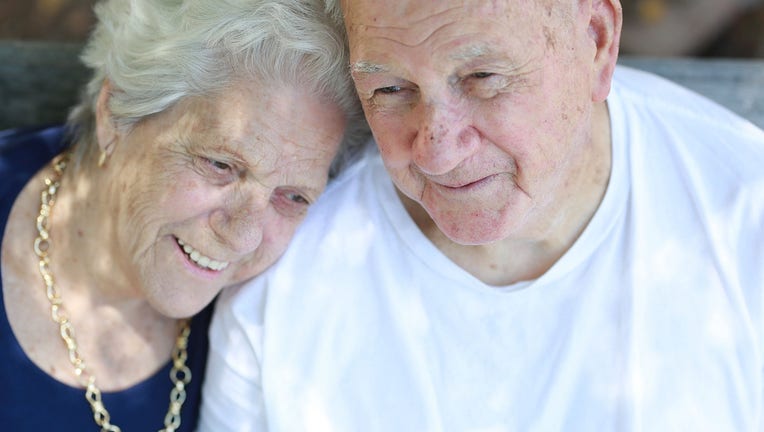 LAGRANGE, Ga. - “For better or worse, in sickness and in health…” are part of the traditional marriage vows. It’s been more than 64 years since this Georgia couple made those vows and the recent coronavirus pandemic certainly put those to the test. But they will make you believe love conquers all.

The Florence Hand Home posted the couple's story along with incredibly touching photos. They didn’t name the couple out of concerns of privacy, but their story has touched and inspired thousands since it was first posted to Facebook last week.

FOX 5 has been reporting for months how long-term care facilities have been working to keep their residence safe. Governor Brian Kemp has even ordered the Georgia National Guard to assist in the cleaning and sanitation of those facilities to ensure their safety.

It was no different at the LaGrange facility, they have been under a strict quarantine now for more than three months. It has put a strain on families trying to see their loved ones. And it made the hearts of these two grow fonder. 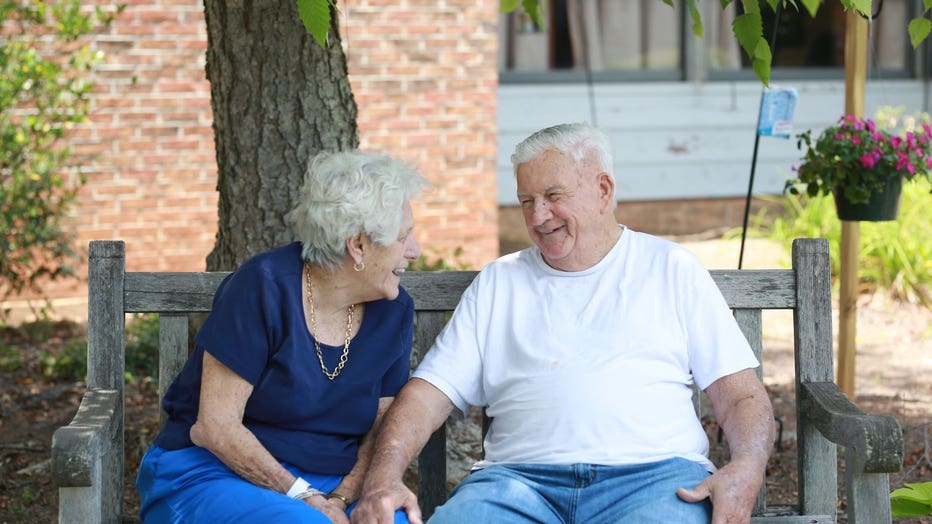 A few years ago, the couple made a difficult decision. She needed a little more care, so she moved into the facility while he remained at home. But not a day went by that he wasn’t by her side.

“We had always said that if one went into the nursing home, we would both go. But I decided that I could help her more by staying at home and being there during the day,” he said.

He would arrive early every morning like clockwork, the staff would see him walking down the hall to her room. There he made her feel as beautiful as he sees her, helping her with her makeup, putting her jewelry on her, combing her hair, and generally fussing about.

The couple would then take part in various activities such as bingo before sitting down together for a meal. The two would often be seen promenading the halls, greeting old friends and find new ones.

“It helps keep her active”, he said.

That abruptly changed as the number of COVID-19 cases in Georgia rose and the need to protect their residents took priority. 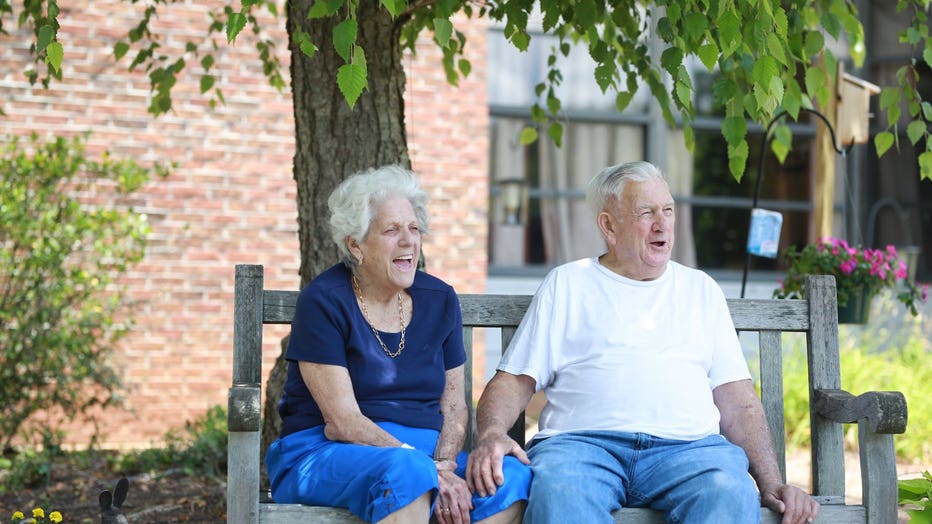 The change in routine was devastating for the couple. The two had been nearly inseparable and not a day had gone by they had not seen each other since shortly after the two met in 1954. They hit it off so well, the couple had a whirlwind romance and married within a year.

“She was a good worker. She was free-hearted, she would help anybody. Her dad got injured and she went to work at the age of 14. You see, we came up the hard way. And during our marriage, when the going got tough, we just stuck in there better,” he said.

It must have been that spirit that got him through the last few months. He admitted he had grown rather lonesome not seeing her and missed her terribly. From his home, all he could do is call her often, still taking care of her from distance. “Did you eat your supper?” “How are you feeling?”

But then fate or maybe even a higher power intervened.

“The Good Lord just worked it out for me,” he said.

A Georgia couple, in love with each other as the first day they met, couldn't let three months of separation come between them.

He had started having health problems, which may sound bad, but it meant he had to be admitted to the hospital and later, to the same facility as the love of his life.

But even being admitted, he had one more hurdle to face before being face-to-face with his soulmate. He had to be quarantined in his room for 14 agonizing days. He was so close, yet she still was so far away.

The staff stepped in to help, setting up frequent calls. After each, he could be seen grabbing his walker and hurrying to the door just to catch a glimpse of her.

“You see without her, nothing matters. When you’ve been with somebody that long…” his voice trailed off.

After the grueling two weeks were over, the staff had a little surprise for the couple.

“We set up a private meeting for them in our garden. He told us that he wanted to sneak up behind her and surprise her,” the staff wrote on their Facebook page. 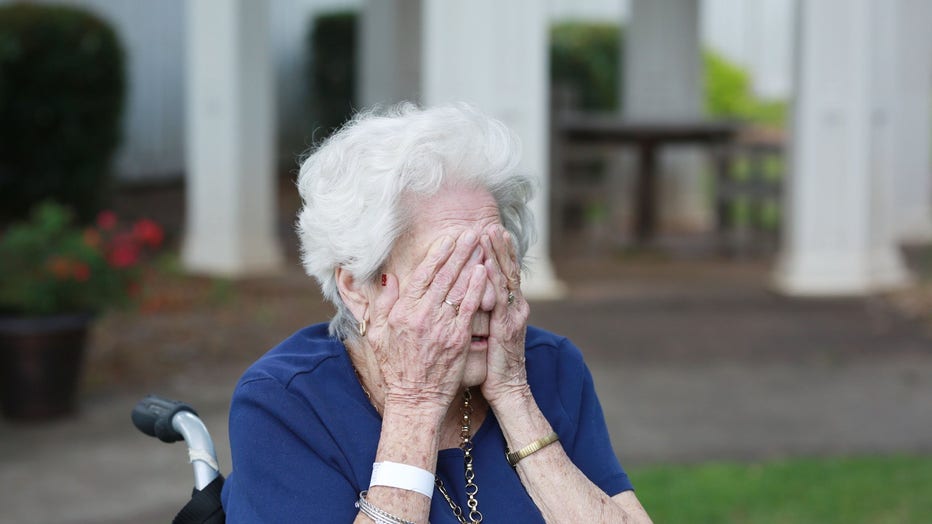 And that’s just what he did. Photos taken by the staff and shared with FOX 5 show her sitting in her wheelchair, her eyes closed and covered with her hands, as he used his walker to sneak up from behind. 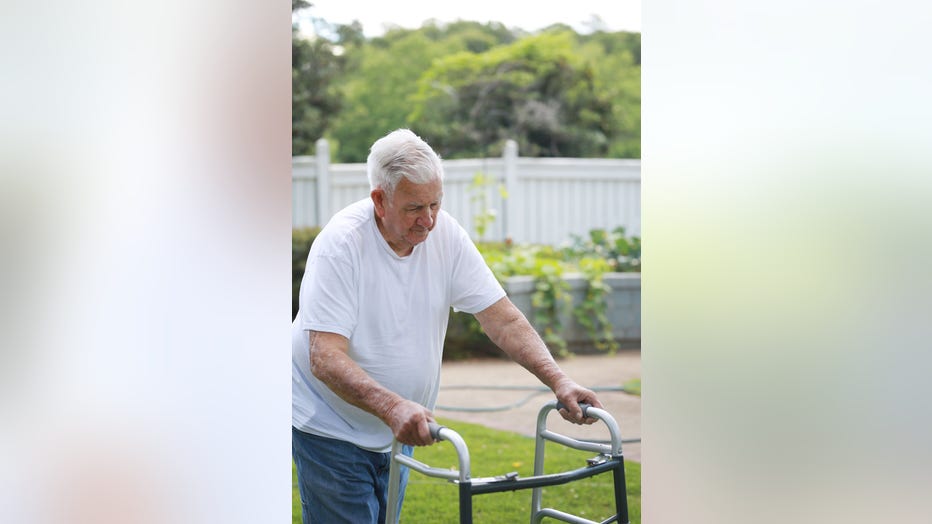 “We got everything set up for them, and backed away to enjoy it from a distance,” the staff wrote. 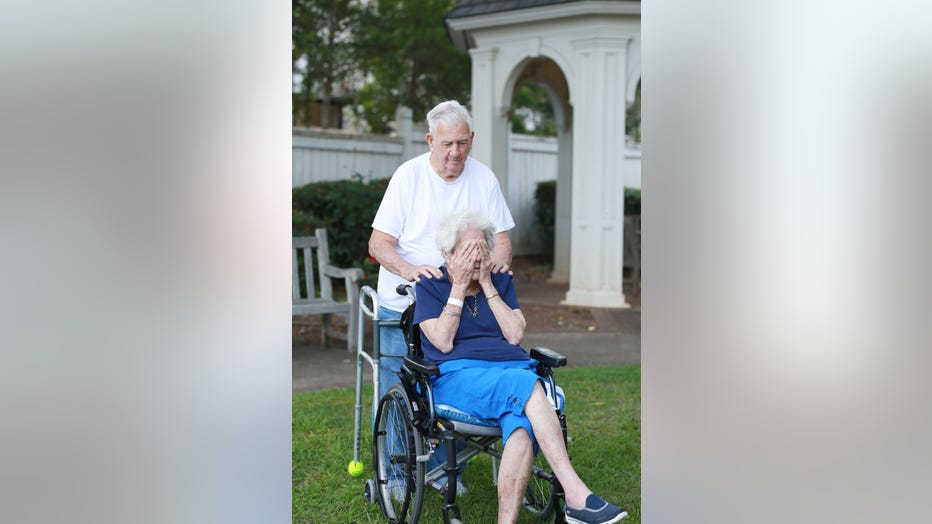 He lightly touched her on her shoulder, and she knew. 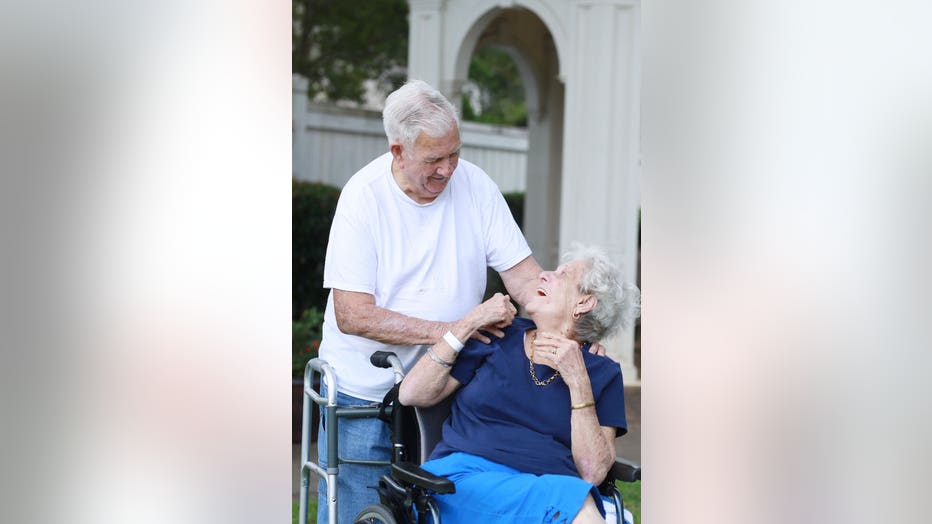 She turned to look behind her, her smile went from surprise to unfettered joy to match his. 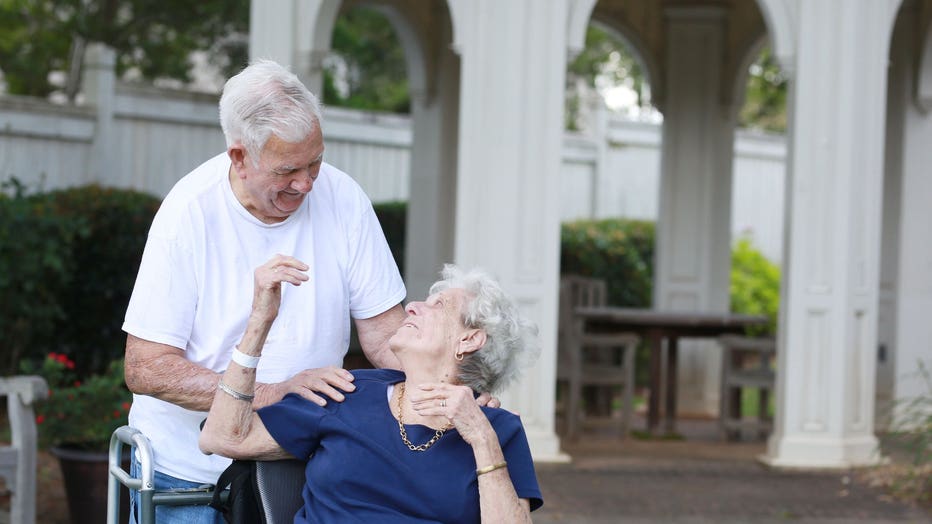 The two then went from shared smiles to a shared kiss, one that needed to make up for the more than 90 days apart. 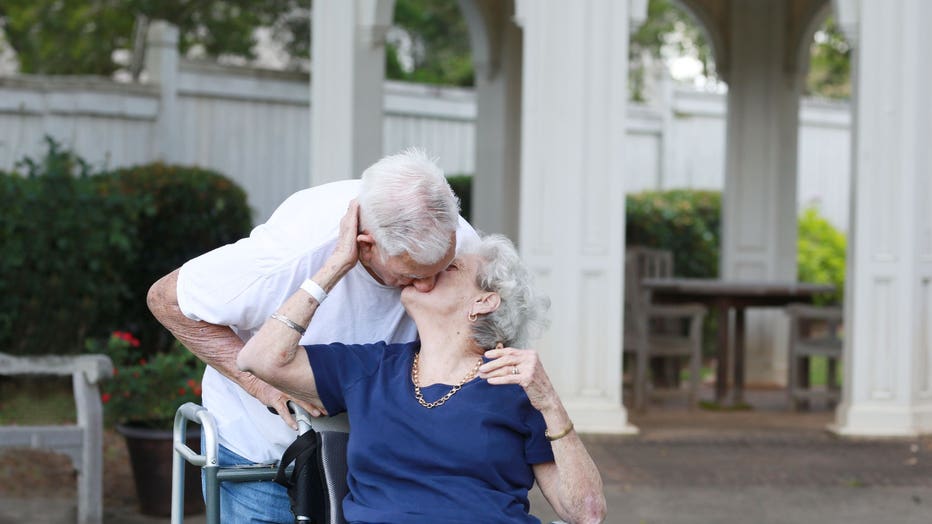 “They were laughing like teenagers but we were wiping tears,” the staff wrote. 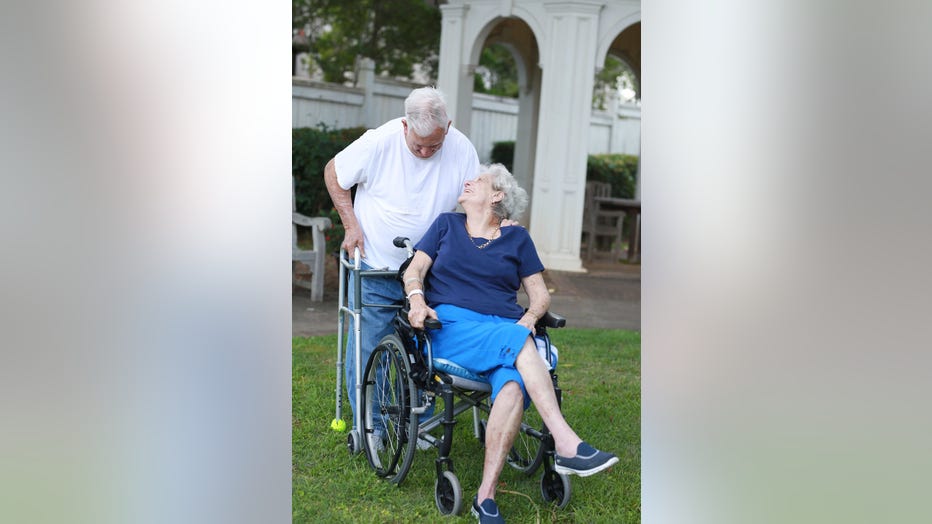 The two then retired to a nearby park bench to sit together, to catch up, to cuddle, to kiss some more, and to hold hands. 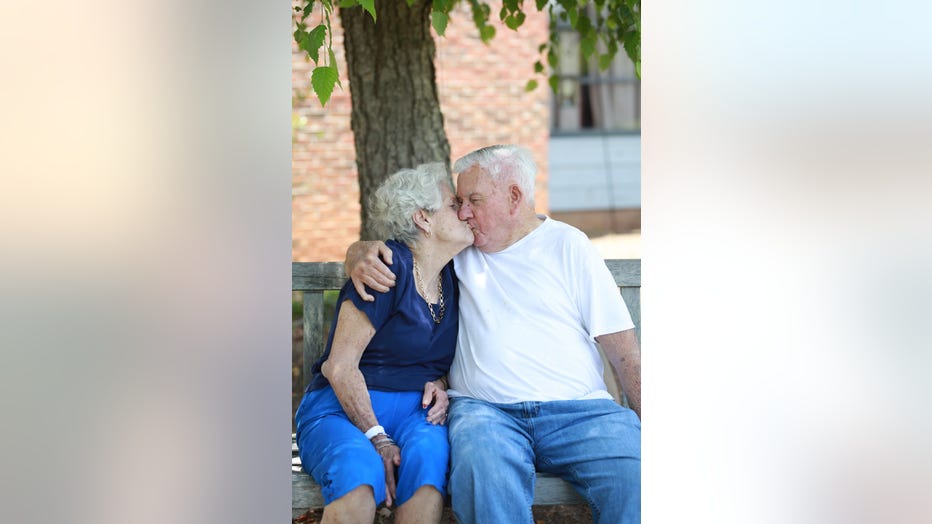 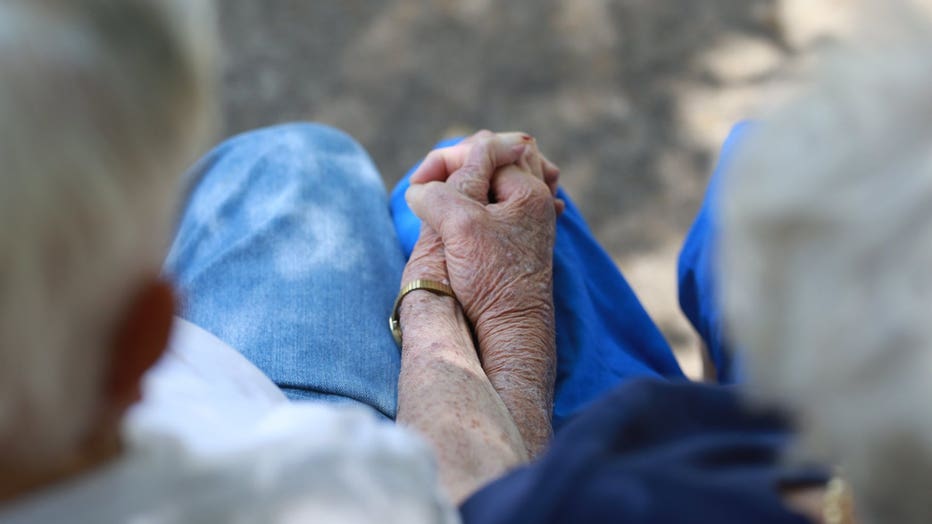 After 64 years of marriage, there had to be a secret for such vibrant love and affection. He offered one explanation. 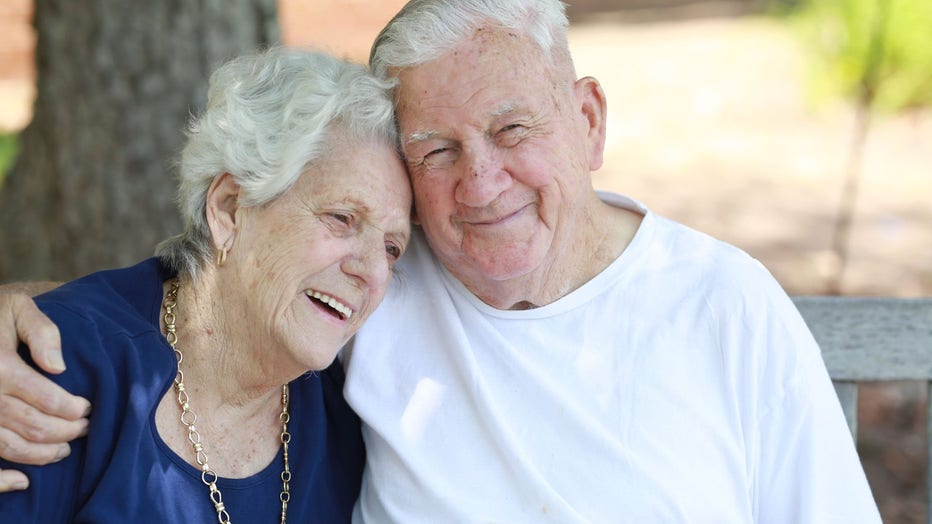 “Oh, another thing, we never argued. People think I’m lying. Whenever things started gettin’ a little warm, we would just break it off. I always had the last word though. I’d say yes ma’am,” he said. 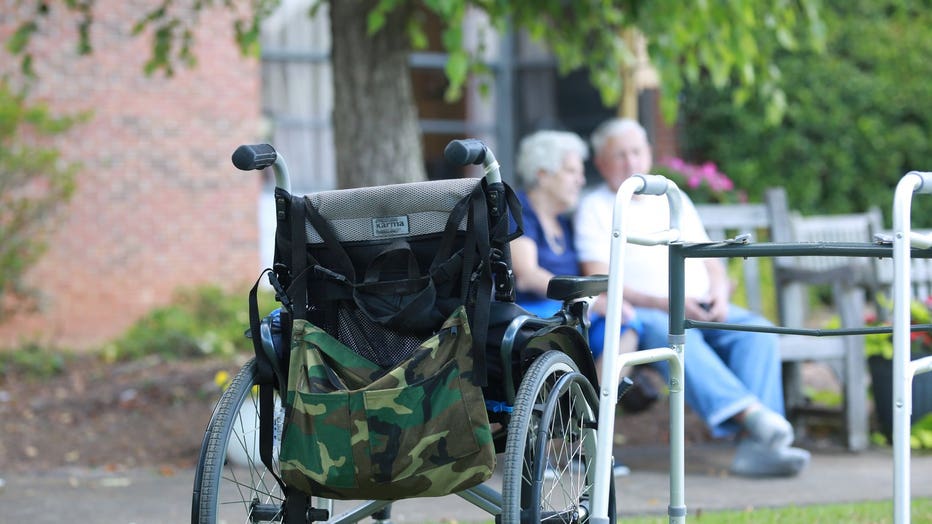 We hope their romance lasts for many years to come.