Former President George W. Bush like many budding artists was shy at first about showing his artwork. But that has passed. Some of his recent paintings are featured in a new book titled Out of Many, One. He acknowledges that immigration is a touchy subject but wanted to share the stories of some immigrants who have made great contributions to the United States. More: bushcenter.org

DALLAS - There's a new book of paintings by President George W. Bush featuring 43 oil painting portraits of new Americans in a book called Out Of Many, One.

Bush said he'd like the volume to help focus the country’s collective attention on the positive effects immigrants have on the United States, including contributions to culture, the economy and patriotic spirit.

Bush rejects the idea that immigration is a partisan issue, instead calling it perhaps the most American of issues and should be one that "unites" people.

Each painting will be accompanied by a biographical essay of the painting's subject, also written by Bush.

A portion of the book's proceeds will go toward groups that help immigrants resettle.

The book is due out next march and will be accompanied by an exhibit at the Bush Presidential Center at SMU. 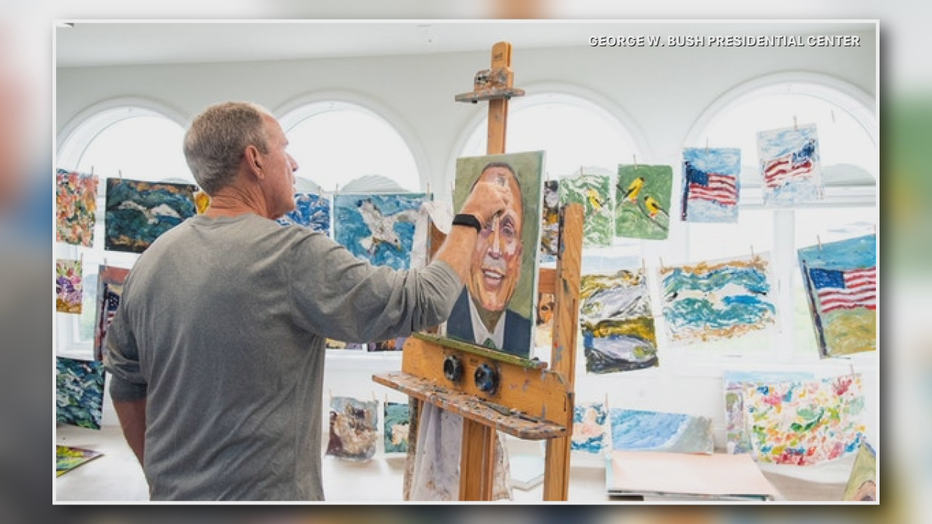