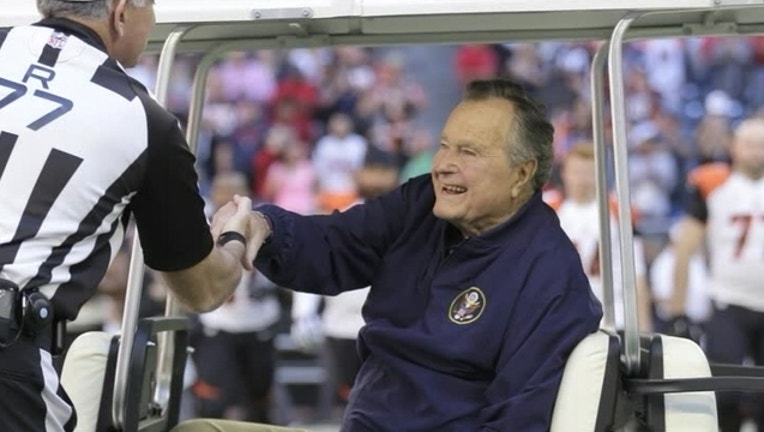 A prominent member of the Kennedy family says former Republican President George H.W. Bush told her that he plans to vote for Democrat Hillary Clinton for president this fall.

Former Maryland Lieutenant Governor Kathleen Kennedy Townsend posted a picture of herself with Bush on Facebook Monday and added, "The President told me he's voting for Hillary!!" Townsend later confirmed the conversation she had while meeting Bush in Maine to Politico, which shared a screengrab of the Facebook post.

Bush's spokesman, Jim McGrath, says in a statement that the 92-year-old former president's vote is private and Bush isn't commenting on the race. McGrath later said on Twitter that he's "still checking" if anyone was there to verify Townsend's conversation.