President Joe Biden said gas prices should be 10 cents lower now after seeing this year the surging price of gas at the tank. The President also looks ahead to 2022 to try to get his Build Back Better on track.

Fuel projections from GasBuddy indicate that $4 per gallon as a national average is a real possibility for 2022.

The fuel savings platform predicts that a national average of $4 per gallon is possible by the spring on account of pandemic recovery and rising demand before relief or additional oil supply arrives later in 2022. 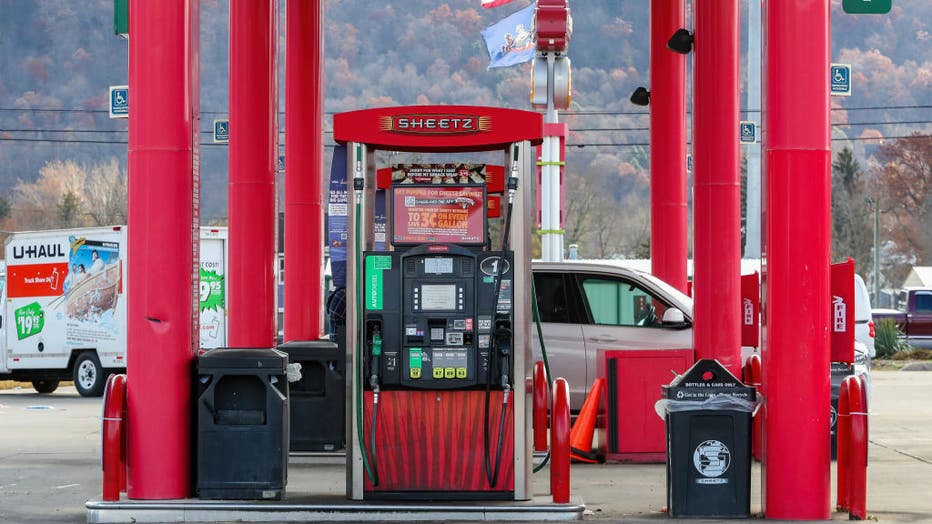 FILE - A gas pump is seen at a gas station on Nov. 23, 2021, in Bloomsburg, Pennsylvania. (Photo by Paul Weaver/SOPA Images/LightRocket via Getty Images)

According to its projections, the average price of gasoline will climb early in the year, peaking at $4.13 per gallon around June. It projects that prices will start to fall after that, reaching just under $3 per gallon by the holiday season.

Patrick De Haan, head of petroleum analysis at GasBuddy, says higher gas prices are a signal that the economy is recovering from the COVID-19 pandemic.

"The higher prices go, the stronger the economy is," De Haan said in a statement. "No one would love to see $4 per gallon gasoline, but we’ll only get there on the back of a very strong economy, so it’s not necessarily bad news."