Brooks was chosen to be the next recipient because of the impact he has had on country music, both through his musical achievements and his broader charity work.

"Garth Brooks’ appeal as a performer, songwriter and humanitarian has brought many new fans into the world of country music," said Hayden. "During his career, Brooks has set countless records, earned numerous awards and elevated country music into a national anthem of the American people."

Brooks was chosen to be the next recipient because of the impact he has had on country music, both through his musical achievements and his broader charity work.

“His music weaves the beauty of poetry, the universality of the human experience and the inclusiveness of other musical genres, making him one of the most influential performers in country music today,” wrote the library’s Sheryl Cannady, who credits Brooks with blending traditional country music with the performance style of 1970s rock legends to make a unique artistic experience.

Brooks is known for breaching into uncharted territory in traditional country music, often crafting songs around novel subject matter for the genre. His song, “We Shall Be Free,” addressed the issues of homophobia, homelessness and racism, earning the track a GLADD Media Award in 1993. 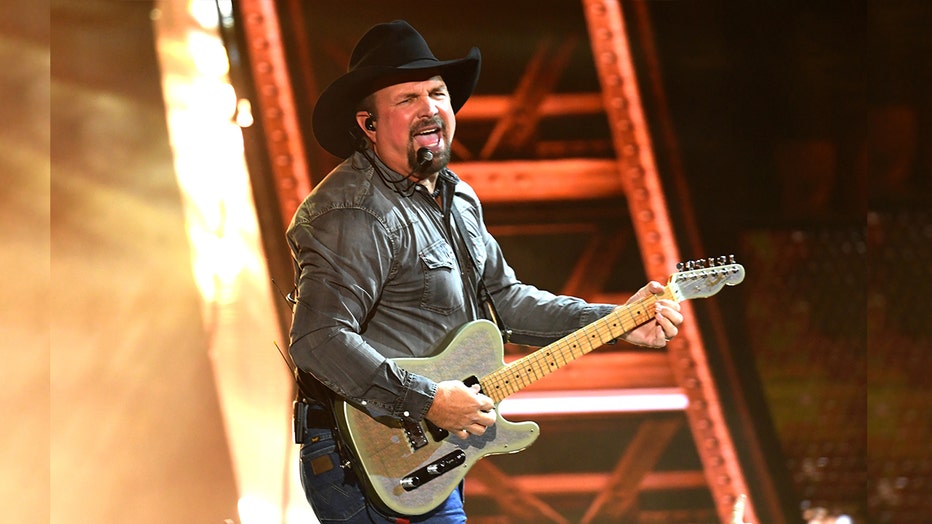 Garth Brooks has been named the next recipient of the prestigious Gershwin Prize for Popular Song. Pictured: Brooks performs at the 2019 iHeartRadio Music Awards on March 14, 2019 in Los Angeles, California.

The prize will be presented to Brooks at a tribute concert in Washington, D.C. in March 2020, which will later air on PBS stations across the country.

"An award is only as good as the names on it,” said Brooks. “First off, for any musician, the name Gershwin says it all. Add to Ira’s and George’s names the names of the past recipients, and you have an award of the highest honor. I am truly humbled."

The Gershwin name comes from the songwriting brother duo of George and Ira Gershwin whose sound was a defining feature of the Jazz Age; some of their best-known works were the classic folk opera, Porgy and Bess, as well as Rhapsody in Blue. The Gershwins were awarded the Congressional Gold Medal in 1985, which was only the third time that songwriters had been presented with the award.

The Gershwin Prize for Popular Song was instituted by the Library of Congress in 2007 to "honor living musical artists whose lifetime contributions in the field of popular song exemplify the standard of excellence associated with George and Ira Gershwin, by promoting the genre of song as a vehicle of cultural understanding; entertaining and informing audiences; and inspiring new generations of musicians."