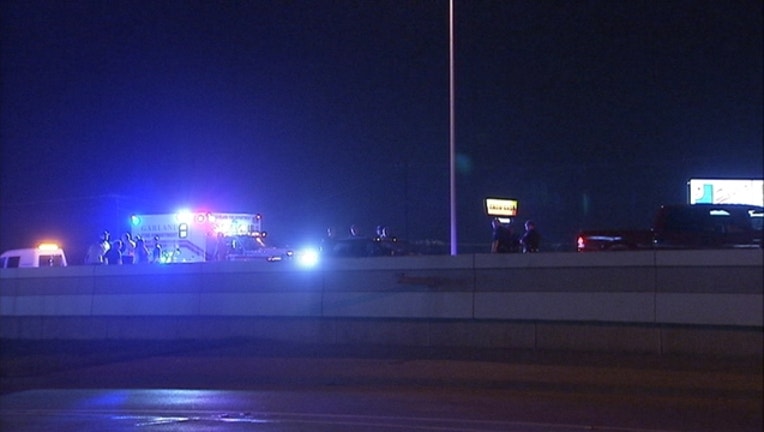 One woman is dead after she was hit trying to cross on I-30 Tuesday night.

Kathy Bridges, 54, was killed shortly before 10:30 p.m. Tuesday. Police said that a blue Volkswagen was traveling east on I-30 and hit Bridges as she was trying to cross the highway. The collision happened in the on I-30 just after the Broadway-Belt Line exit.

Bridges was pronounced dead at the scene. Traffic investigators determined that she did not yield the right of way to the vehicle.

The three people in the Volkswagen were treated for minor injuries.

No charges are being filed against the driver.