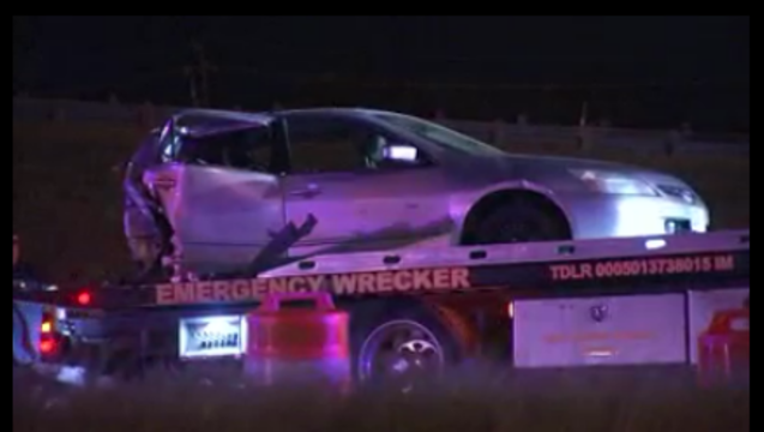 Garland Police arrest a man after a chase and crash in Balch Springs.

An early morning chase through Dallas County ended with a crash and an arrest.

Officers discovered the car was stolen and tried to pull it over. The chase went from Garland to Balch Springs, where the driver lost control and crashed.

Police arrested 18-year-old Reginald Sims. An adult passenger was taken to the hospital for minor injuries.

There was also a girl in the car who was released to a guardian.