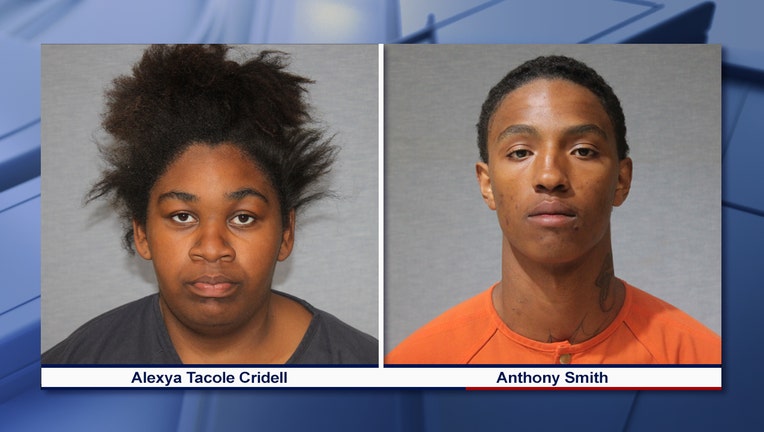 Investigators found that a woman left her 1-year-old in the car while she ran into a convenience store near Bass Pro Drive and I-30 at about 11 a.m.

Police reviewed surveillance video and saw 20-year-old Alexya Cridell hop in the car, then pick up 19-year-old Anthony Smith and drive off.

The vehicle was being financed and had a tracker, which helped police locate the child unharmed. He was inside the abandoned vehicle in the 8200 block of Forest Lane.

Cridell and Smith were caught after DART police saw them on video approaching a train near where the vehicle was abandoned.

They were later found at the LBJ/Central Station.

The two face a charge of aggravated kidnapping.