Galveston’s beaches are open to the public. They reopened on May 1 following the lifting of stay-at-home mandates brought about because of the coronavirus pandemic. The parks – including East Beach, Stewart Beach, Dellanera RV Park, Seawall beaches and west-end beaches are open.

The City of Galveston has made the decision to cancel city special events permitting for two events scheduled in July, the Fourth of July parade and the Old Smokey Throwdown, because of concerns about COVID-19 cases in Galveston County.

The City consulted with the Galveston County Health District and determined it is in the best interest of the island to cancel both events and postpone special events permitting within the city right-of-way for the month of July. Organizers for both events have been contacted.

This applies to special events occurring within the public right-of-way, which would require a city permit.

We look forward to reopening the special events permitting process when it is safe to do so. Please continue taking health precautions, including wearing a mask, using hand sanitizer, and maintaining six feet distance from those not in your immediate family.

Galveston has made the unprecedented decision to close all beaches to the public.

Galveston has closed beaches in response to COVID-19.

The City of Galveston on Sunday issued an emergency order closing its beaches to the public, Mayor Jim Yarbrough confirmed. The closure, which started just before 3 p.m. will last for 7 days, City Manager Brian Maxwell said.

Anyone found on the beaches in violations of the order faces a Class C misdemeanor citation.

The closure order came about an hour before the county health district announced that 70 Galveston County residents have tested positive for COVID-19.

"We are saddened today that we had to invoke orders to close Galveston Beaches," Maxwell said. "We had tried to keep them open for local residents to have a place to venture out and social distance themselves during this very trying time for everyone.

"Unfortunately, our beaches were becoming overcrowded with people violating all state, county, and local orders and we were forced to close access to all beaches," he continued. "We were seeing people not just from across Texas, but from other states who had also closed their beaches. The city of Galveston places its highest priority on protecting its local residents as well as our first responders."

Yarbrough actually had the emergency order drawn up on Friday but wanted to think about it before taking such a drastic step.

There are no exceptions to the closures. It applies to locals as well as visitors. Yarbrough said he had hoped to keep the beaches open so locals with cabin fever during the stay-at-home order would be able to get out. Earlier in the week, the city cut off motor vehicle access points to the beaches in the city's East end. But visitors kept flocking to the beaches and many violating the social distancing provisions included in state, county and local COVID-19 emergency orders. 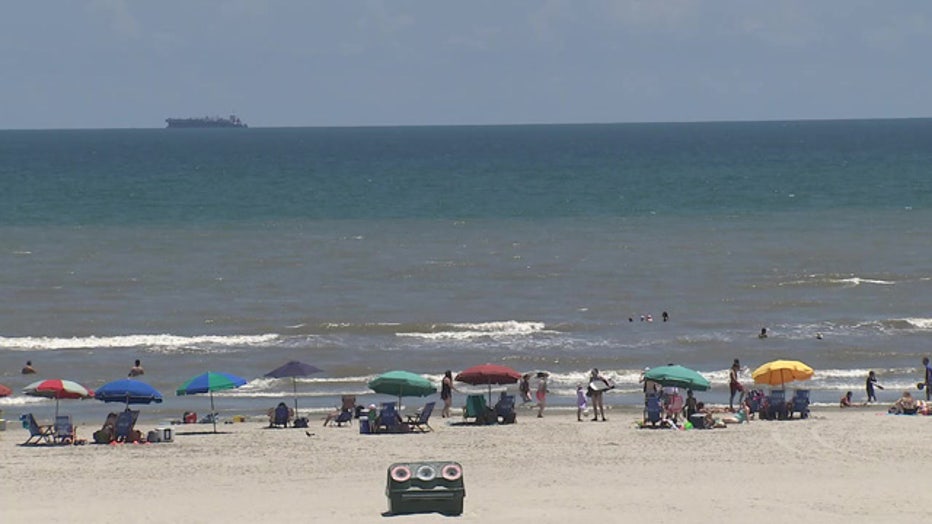 The beach closure is the latest move to encourage visitors to leave Galveston. After being the first in the county to close bars and limit restaurants to dine out-only options, the city also ordered the closure of hotels - except in cases of first responders or people classified as essential under the orders - and ordered short term rentals to cease leasing to people for short term stays.