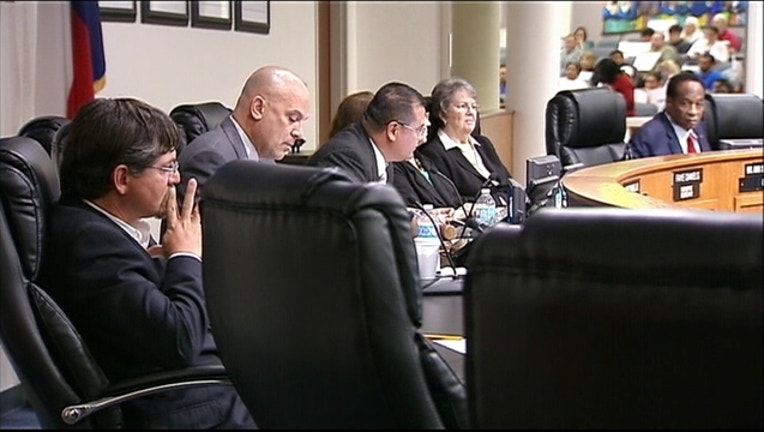 The Fort Worth ISD superintendent announced a committee will be formed to go over their controversial “transgender guidelines” and possibly make changes.

The new policies have been the subject of protest and were challenged by the Lieutenant Governor and the Attorney General.

The Fort Worth school board convened yet another meeting filled with people either for or against the controversial transgender guidelines. Once again, Superintendent Kent Scribner addressed the issue. This time, it was a post mortem on six community forums over the past two weeks.

The guidelines are vague on how, and under what circumstances, boys who identify as a female would be allowed to use a girl's restroom. The district says its practice with transgender students, which is not clarified in the eight-page guidelines, is to require transgender students meet with an administrator to work out bathroom issues. Scribner announced a plan to clarify that.

"I look forward to establishing a representative committee to assist us in this endeavor,” he said.

Criticism is now also coming from the board. District 6 Member Ann Sutherland said the wording in the guidelines asking teachers to call students, 'scholars', instead of boys and girls is “embarrassing.”

Sutherland said she wants the guidelines to be repealed and supports new guidelines, only if the new committee the superintendent mentioned is a diverse group of community members.

"I believe they should have been discussed thoroughly by the community and the board and voted on by the board before they were put out,” Sutherland said.

In executive session, the board discussed a response to the Attorney General on the legal challenge made to the guidelines from Lt. Governor Dan Patrick. Before a meeting back in May, he outlined his legal concerns -- specifically language in that said under certain circumstances a teacher or administrator would not be allowed to discuss a student's gender identity with that student's parents.

Patrick asked the Texas Attorney General to rule on whether the eight-page guidelines were against the law. However, the ruling won't come until November.

The board’s response to the AG was to outline its stance that the guidelines are completely legal.

On Tuesday, the district released a letter from the Texas Association of School Boards to the Attorney General backing up Fort Worth ISD and the legality of the guidelines.

Sutherland spoke during board comments and said she wants a board vote on new guidelines. She said she wants it done by the June 28 meeting, but no later than July 17.