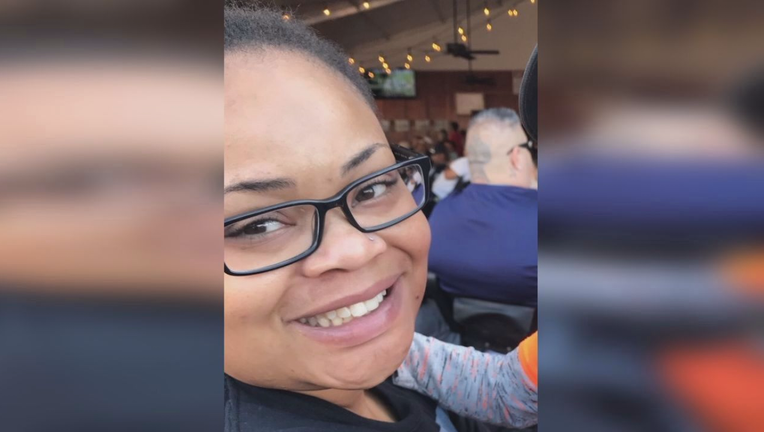 DALLAS - The funeral for Atatiana Jefferson set for this weekend has been delayed because of a legal fight between family members.

Former Fort Worth Police Officer Aaron Dean shot and killed Jefferson in her home early this past Saturday morning. Dean has since resigned and was charged with murder.

Marquis Jefferson, who is listed as Atatiana’s father in her death certificate, was granted a temporary restraining order Friday to gain control of her funeral arrangements.

Marquis is at odds with the Atatiana’s aunt, Bonita Body, who has apparently been handling funeral arrangements with Atatiana's siblings and other relatives.

In his petition, Marquis said Body and Golden Gate Funeral Home denied him from being involved in any planning of her funeral. He said he would suffer “immediate and irreparable injury for which there is no adequate remedy at law” if he was not involved in his daughter’s funeral.

A judge agreed with Marquis and banned the funeral home, which has custody of the body, and her aunt from being involved in any way with wake and funeral services.

During a Friday night news conference, Marquis and his spokesperson, Bruce Carter, discussed their decision to seek the restraining order.

A funeral for Atatiana was set to happen Saturday at Potter’s House in Dallas with Bishop T.D. Jakes and Rev. Al Sharpton’s involvement. Marquis claims he was cut out of being involved with those plans. The church confirmed Saturday morning that the funeral set for Saturday afternoon had been postponed.

In seeking a restraining order, Marquis included a copy of a birth certificate which lists him as a father and said he was even up until her death involved in her life.

Carter suggested some people involved with the funeral planned for Saturday are doing instead for the cameras’ attention.

“I believe that there's enough people who are looking for you people to show up so they can lift their platforms,” Carter said. “They may roll in an empty coffin, who knows. They'll sing songs. They'll dance around. They'll fall out. They'll go back, and it'll be over with. So when you ask me about the things people do for you to show up, they'll continually do it as long as you show up.”

A representative at The Potter’s House said Friday’s wake still happened, but Atatiana’s body was not brought there.

“Atatiana’s family is mourning. They’re looking forward to getting through this really difficult process of grieving and memorializing their sister,” Merritt said. “This is a bit of a distraction. It’s unfortunate, but they are trying to stay focused and stay together during this time of bereavement.”

Bishop T.D. Jakes to give eulogy at Atatiana Jefferson’s funeral

Atatiana Jefferson will be remembered as a loving daughter, sister and aunt. Bishop T.D. Jakes will deliver her eulogy and share a message with the community as they search for answers.

Marquis says that the newly scheduled funeral will be held for Atatiana on Thursday and Friendship-West Baptist Church at noon.

Former Dallas Mavericks player Harrison Barnes and his wife offered to cover the full cost of the funeral. It’s unclear if Marquis will accept their offer.

There will be hearing on Monday where a judge will decide whether there is enough evidence to issue a temporary injunction until a final hearing to sort all of it out.