A 62-year-old man on his way to work was killed in Arlington Tuesday morning by a suspected drunk driver. The driver is expected to be charged with intoxication manslaughter.

ARLINGTON, Texas - A 62-year-old man on his way to work was killed in Arlington Tuesday morning by a suspected drunk driver.

The driver is expected to be charged with intoxication manslaughter.

During the arrest, police came upon another surprise. The driver's passenger was a fugitive out of East Texas charged with murder.

Police believe the suspected drunk driver was speeding through this intersection outside AT&T Stadium when he ran a red light and killed a 62-year-old man.

Now, police say one of the suspect’s passengers has been on the run for two months wanted for murder.

Surveillance footage shows the moments a 62-year-old man was killed in Arlington when a suspected drunk driver ran a red light and t-boned his vehicle.

FOX 4 is not showing the collision, but people living nearby are providing footage of the aftermath. The victim’s car flipped on its roof. Neighbors tried to help, but it was too late.

"The car was smashed up. But like the side of the car, there was parts missing where I guess you could reach in," said neighbor Mia Ambrose. "They checked his pulse, and they didn’t get a pulse. They said that there was no pulse." 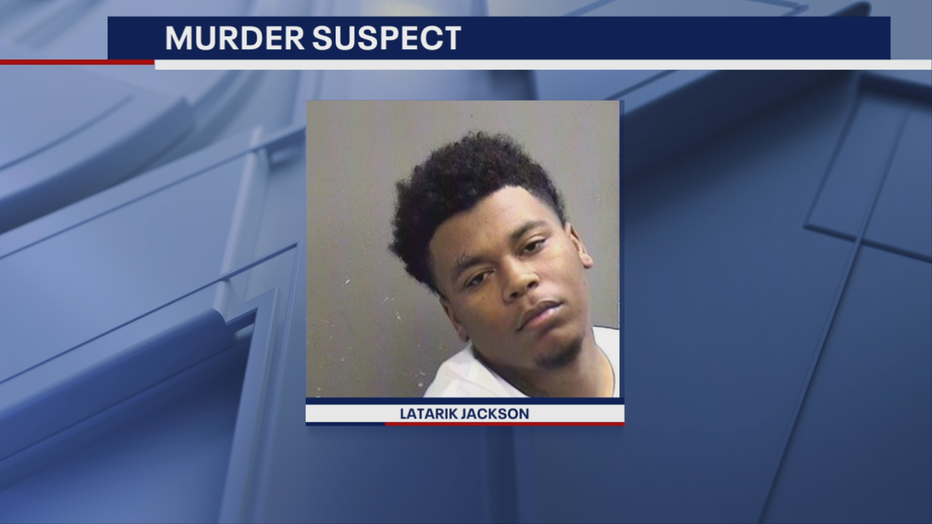 Police say the suspected drunken driver, Dangelo Ortega of Garland, was taken to a hospital. He’ll be charged with intoxication manslaughter.

Police have not identified the victim, but say he was just going about his business.

"This gentleman was just heading to work," said Arlington Deputy Police Chief Christopher Cook. "And you wouldn’t expect someone to run a red light at a high rate of speed and be impaired."

On top of that, police say one of Ortega’s two passengers was Latarik Jackson, who was wanted by police in East Texas since July.

"In this particular case, we determined that he had a felony warrant, a very serious felony warrant for murder and aggravated assault," Cook said.

Jackson’s murder warrant is part of a violent crime crackdown involving local, state and federal agencies related to a series of shootings in Marshall, a town in East Texas near the Louisiana border. On top of the murder charge, Jackson is also wanted for riot participation.

Police don’t know how long Jackson’s been in the area or what his relationship is to Ortega.

"We tell people don’t get behind the wheel when you’ve been drinking," Cook said. "People feel like they’re okay to drive."

"Slow down. I mean you can hurt somebody," Ambrose said. "They can never get back what they lose."

Ambrose says way too many people speed through this intersection. She can’t help but think of the 62-year-old victim and who he may have left behind.

"And the first thing I thought is, wife, kids," she said. "If you’re going to drink, take an Uber. Take a Lyft."

Jackson remains in the Arlington jail.