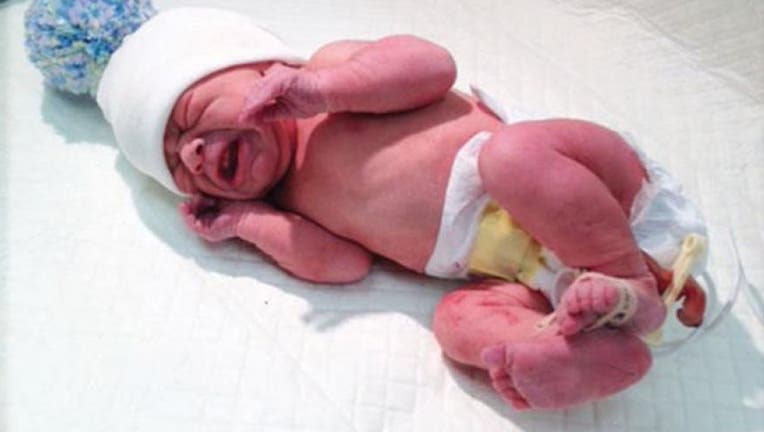 Editor’s Note: This story was first published on myfoxdfw.com on Oct. 30, 2012. At last check, the child’s mother had not been found and he was placed in foster care. He was expected to be put up for adoption.

Oct. 30, 2012 – Corsicana police are looking for the mother who abandoned her newborn outside a home on a chilly Sunday night.

The child was left in a purse on a couple’s doorstep. He was wrapped up in a towel and pillowcase and still had an umbilical cord attached.

It was about 49 degrees outside at the time, but police don’t believe he was in the cold for very long.

The husband and wife who found him said their cat alerted them to something at the door. When they got closer they heard a whimper.

“And I told her somebody left a puppy at our door,” said Phil Brown. “I feel bad for the mom because she had to be going through some bad thoughts and even still now she’s gotta be. You know, I’m sure she just regrets it 100 percent.”

The child was taken to Navarro Regional Hospital for observation, but appears to be doing fine. Child Protective Services was called.

Police provided pictures hoping to get tips from someone who knows the mother or who may have helped her.

Texas’ Baby Moses law does allow mothers to surrender a newborn with no questions asked, but police said that has to happen at a hospitals or a police or fire station.