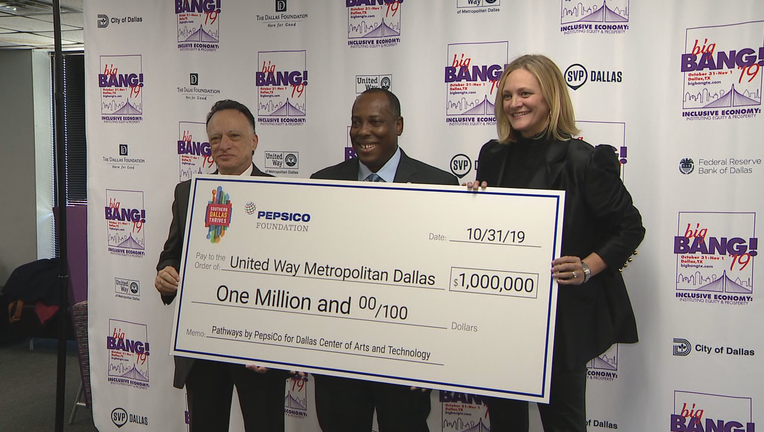 DALLAS - Frito-Lay and PepsiCo announced a renewed commitment to communities in the southern Dallas area on Thursday.

Top executives with the company announced a $1 million donation to United Way of Metropolitan Dallas during a conference at Paul Quinn College.

The money will support the Southern Dallas Thrives initiative, a program that provides early education, job skills training and meals to families in need.

"It is absolutely a game changer for this neighborhood, it’s an investment to make sure that collectively were putting opportunity in the hands or our neighbors in the southern Dallas sector so that our community as a whole will be able to thrive,” said Jennifer Sampson, President & CEO, United Way of Metropolitan Dallas.

The donation will also help create a new arts and technology center in southern Dallas. That facility is expected to open in spring of 2021.