A procession was held at a North Texas hospital for a Dallas ISD officer who is fighting for his life after being diagnosed with COVID-19.

MANSFIELD, Texas - A procession was held at a North Texas hospital for a Dallas ISD officer who is fighting for his life after being diagnosed with COVID-19.

The procession also honored those who are taking care of him.

Vincente Remediz’ brother almost didn’t make it out to the gathering, as he thought he might get too emotional supporting his brother who is fighting to stay alive.

Remediz’ birthday was just a few days ago, and on Sunday, his family and police family prayed for him and sang to him outside his hospital window. 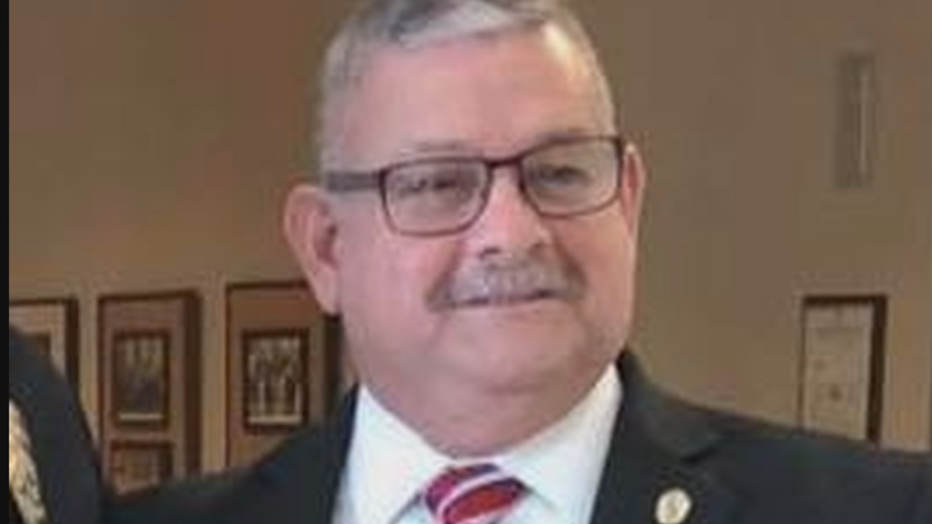 The 20-year military member and current sergeant with the Dallas ISD Police Department, couldn’t see his family and friends as they stood outside his hospital room, but he could hear them.

“We’re here to encourage him so he will get up out of that bed,” one person said.

Remediz is fighting COVID-19. He’s been on a ventilator since April 6.

Family members said his kidneys are shutting down and pneumonia won’t clear.

That’s why people prayed outside his hospital room.

“Not only is he my brother he’s my best friend,” Tom Remediz said.

Tom said he likes to joke with his younger brother.

“If we call each other on the phone and nobody answers, we leave the message and we remind each other you got that phone for a reason so you better call me back,” he said.

But Vincente hasn’t been able to speak on the phone as of late, so Tom got as close to him as he can.

The ones who were outside his room haven’t given up hope.

Dozens of officers met before the event to decorate vehicles, and they drove together to Methodist Mansfield Medical Center, where family members were waiting, including Vincente’s wife and daughter.

COVID-19 is something that can affect anyone, even those who’ve already been through some of the toughest battles.

There’s a lot of things Vincente’s brother would like to say and still do.

“If I had a full-on conversation with him, I’d say you’re buying the beer, you’re bringing the food and we’re going to go to the Cowboys opening game,” Tom said. “That would be the only thing I’d want to say to him and I’d enjoy every damn minute of it. That’s what I want to do but we’ll see what happens.”

For now, his hope is that, together, their collective prayer and support will help heal him.

“He’s my only brother but I feel like I got a lot of brothers and sisters out here. Thanks,” Tom said during the prayer event.

A nurse told family members that Vincente was shedding tears while inside his room.