Pierre Zakrzewski, described as a veteran Fox News cameraman, has died after being injured alongside Fox News journalist Benjamin Hall on Monday. Fox News CEO Suzanne Scott said in a statement, "It is with great sadness and a heavy heart that we share the news this morning regarding our beloved cameraman Pierre Zakrzewski. Pierre was killed in Horenka, outside of Kyiv, Ukraine."

Fox News correspondent Benjamin Hall, who was injured this week while covering the ongoing Russian invasion of Ukraine when the vehicle he was traveling in came under attack, is alert and in good spirits, the network announced on Wednesday.

Hall was wounded in the same attack outside Kyiv that took the lives of Fox News cameraman Pierre Zakrzewski and journalist Oleksandra "Sasha" Kuvshynova. 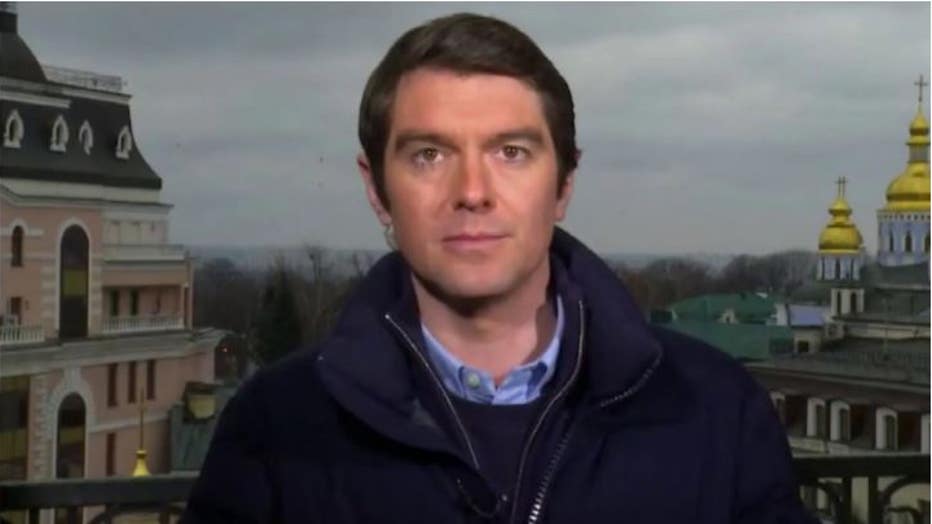 "This is some news we’ve been waiting on, an update on our colleague Ben Hall, he is now safe and out of Ukraine," Hemmer said.

"Ben is alert and said to be in good spirits. He’s being treated with the best possible care in the world," Hemmer said.

"We remind you, please continue to keep him in your prayers as well as Sasha and Pierre." 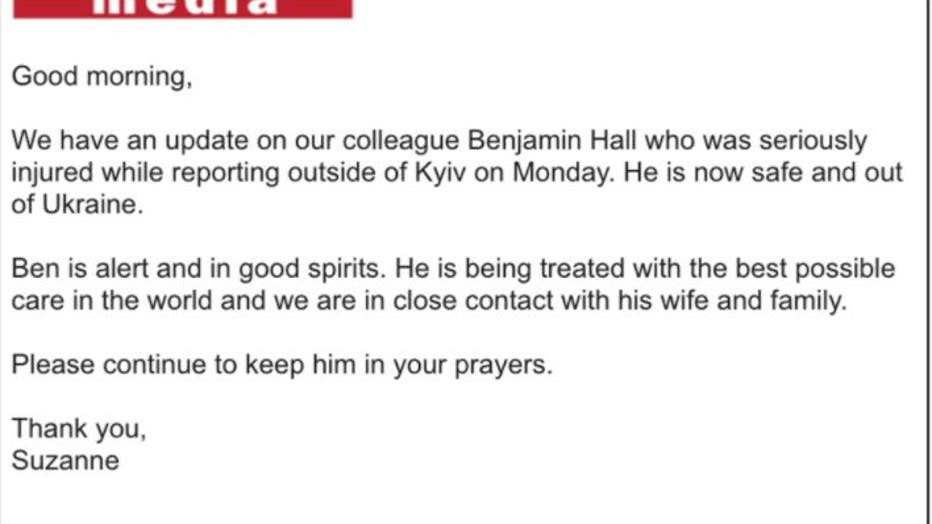 "We are all thinking of Ben and his family, and our thoughts and prayers go out to all of them," Martha MacCallum added. "We hope for more good news to come in the days ahead."

Hemmer mentioned that Hall’s seven-year wedding anniversary is coming up this summer and he has three young daughters.

"It’s been a couple of heavy days around here, so that is a dose of good news for Ben," Hemmer said.

The entire media world continues to mourn Kuvshynova and Zakrzewski, who were killed in the same attack.

Kuvshynova was just 24 years old and serving as a consultant, helping crews navigate Kyiv and the surrounding area while gathering information and speaking to sources.

"She was incredibly talented and spent weeks working directly with our entire team there, operating around the clock to make sure the world knew what was happening in her country," Scott said as part of a lengthy statement. 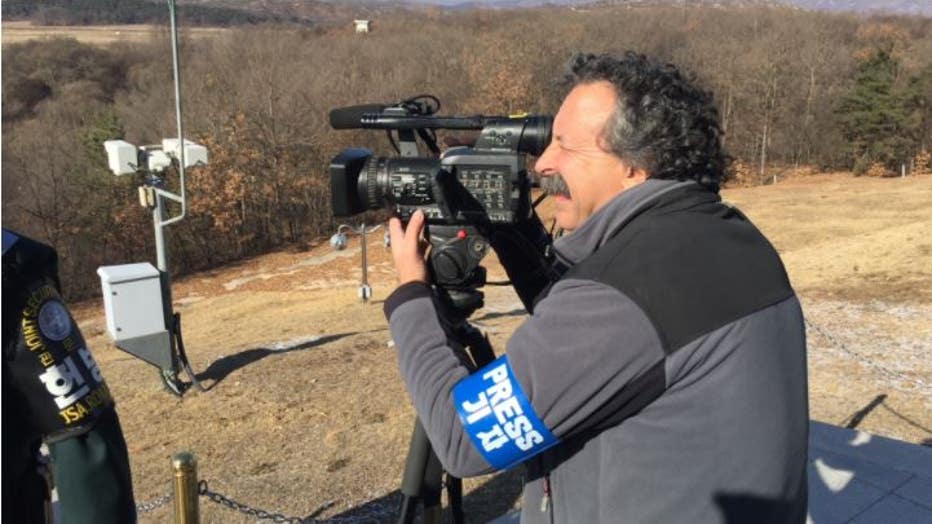 Pierre Zakrzewski was killed while covering the ongoing Russian invasion outside of Kyiv, Ukraine, when the vehicle he was traveling in was struck by incoming fire. (Fox News)

Zakrzewski, a Fox News legend who covered nearly every international story during a storied tenure, was only 55 years old. Last year, he played a key role in getting Afghan freelance associates and their families out of the country after the U.S. withdrawal. In December, Zakrzewski was awarded the "Unsung Hero" award during the FOX News Media Spotlight Awards.

"He leaves behind his wife, Michelle, and a loving family and a lot of colleagues who are absolutely heartbroken at the loss of a legend," Fox News anchor Bret Baier said Tuesday on "Special Report."