There was a mishap toward the end of Plano's Fourth of July fireworks show Saturday night.

PLANO, Texas - There was a mishap toward the end of Plano's Fourth of July fireworks show Saturday night.

Plano Fire-Rescue determined that a mortar exploded inside its launching tube, causing a chain reaction of explosions on the ground.

That sparked at least three grass fires, and stopped the 25-minute show about six minutes early.

Video of the fireworks showed several shells going off on the ground. 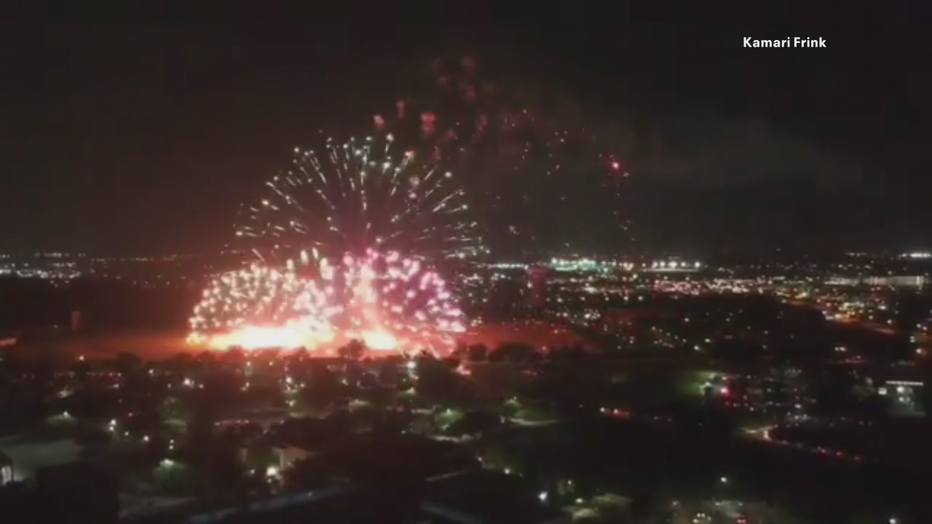 Fire crews were able to put out the flames.

The city launched the fireworks from Lavon Farms because it is higher ground and easier to see from a greater distance.

It was an effort to let more people watch from home without gathering in large crowds.

There were no injuries reported and no buildings damaged, but they were unable to launch the grand finale of the show.