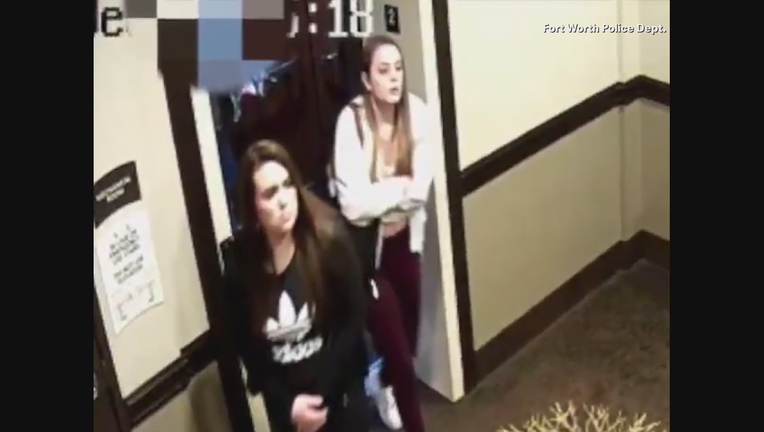 FORT WORTH, Texas - Two women who drugged and robbed a man in a hotel are on the run.

Fort Worth police said it happened nearly two weeks ago at the Staybridge Hotel near Interstate 35 and Western Center in north Fort Worth.

Surveillance video from between 8 p.m. and 9 p.m. on April 15 shows the women entering and leaving the hotel. Both are believed to be in their 20s.

Anyone who recognizes them should contact the Fort Worth Police Department at 817-392-4379.