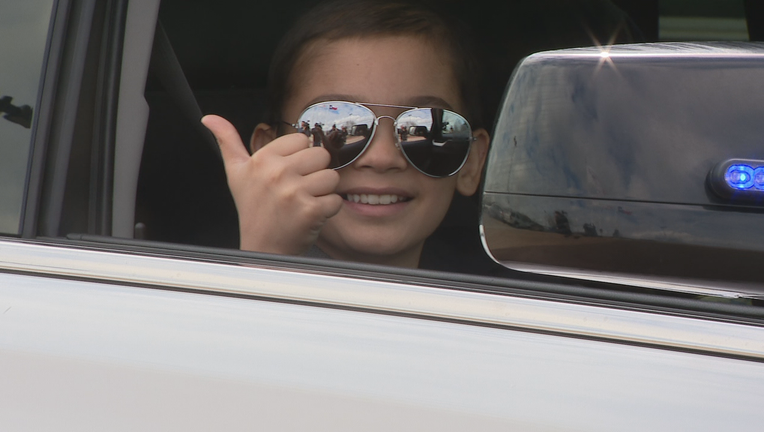 FORT WORTH, Texas - The Fort Worth Police Department helped fulfill a 9-year-old boy’s dream by making him an honorary police officer Thursday morning.

Carter Escobar suffers from a rare cancer. He went through years of chemotherapy, but doctors said there are no longer any treatment options available.

After learning the news, Escobar and his family created a list of things to do to celebrate life.

Those things included things like: go to a Lakers game and have a slumber party with friends.

When Fort Worth police learned about Escobar, they wanted to grant one of his wishes, which was being a police officer for a day.

"I liked being in the SWAT car, and seeing the gun on the roof,” Escobar said. 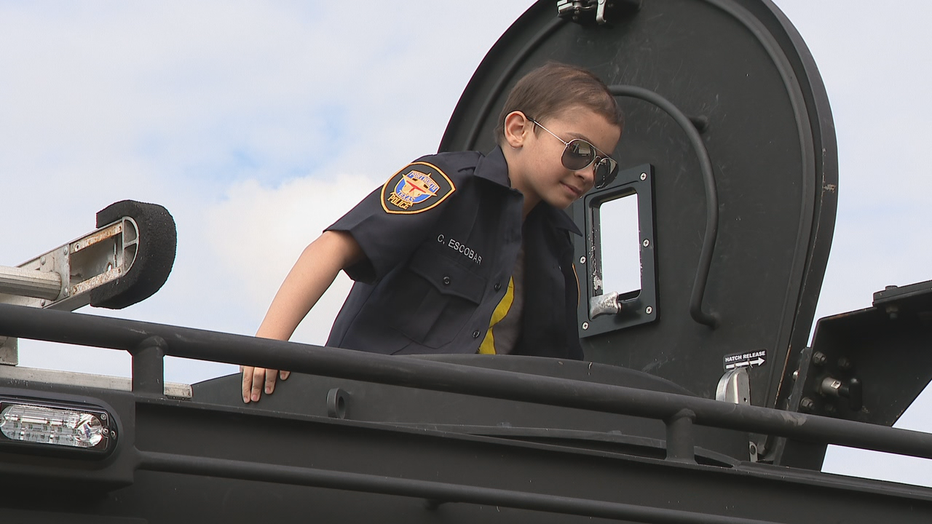 “Having our community show up, and the police department, make this a really special day for him. Is really cool,” his mother, Rachel Escobar, said.

Escobar said it has been his life-long wish to become a police officer.