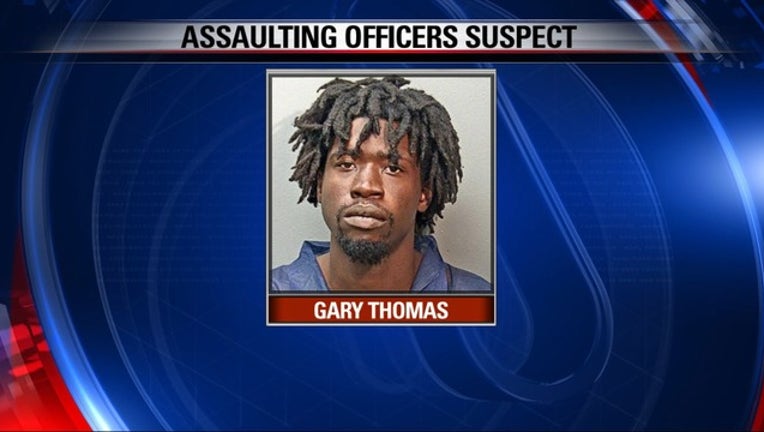 FORT WORTH, Texas - Two Fort Worth police officers had to be treated at the hospital over the weekend because a man they arrested fought back.

Police said it happened Saturday night near North Loop 820 and Interstate 30. The officers were trying to arrest Gary Thomas, who had several outstanding warrants.

Thomas reportedly injury three officers. Police said all of the injuries are minor but two of the officers were taken to the hospital to be checked out.