A Fort Worth man credits prayer and a team of doctors for keeping him alive. He and his mother want to share their story to help others.

FORT WORTH, Texas - Keegan Vargas survived COVID-19, but his breathing continued to get worse due to his asthma.

He ended up in the hospital. Doctors sedated him and gave him oxygen, but he wasn't getting better. The pulmonologist treating him at Texas Health Fort Worth came up with a life-saving plan.

Keegan has had a really rough year. The 32-year-old Fort Worth man contracted COVID in January, along with his mother, Lisa Vargas.

Keegan says he got COVID from his father, who died from the infection in February.

"My dad went into the hospital and never came back from it," he said.

Keegan recovered from COVID but continued to have breathing problems from also having asthma.

In late July, he collapsed in front of his mother, who called 911. 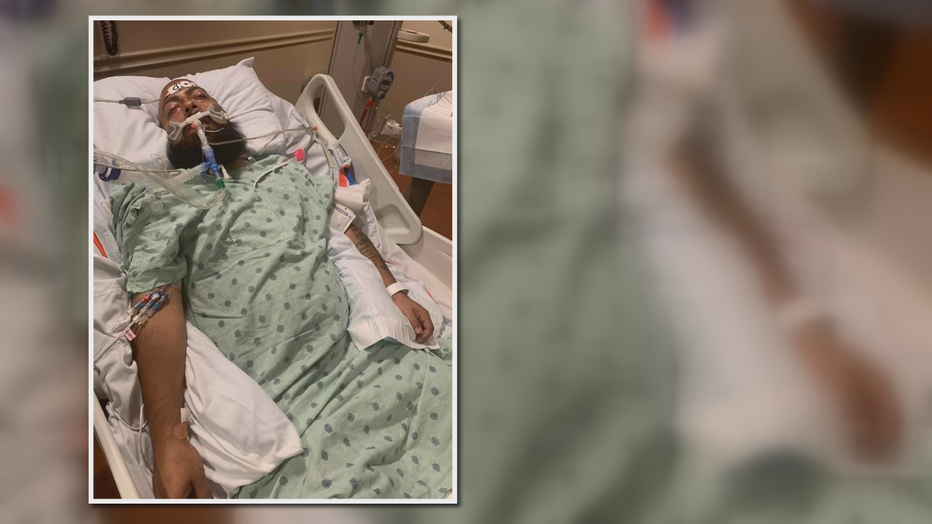 "He just gave me those eyes like this is it," Lisa said.

"We both looked at each other, and that's when my eyes rolled back into my head and I passed out," Keegan said.

Keegan was rushed to Texas Health, where he would end up hospitalized for 25 days. Much of that time was in a medically induced coma.

Dr. Jonathan Besas, a pulmonologist at Texas Health Fort Worth decided Keegan was a good candidate for extracorporeal membrane oxygenation, or ECMO.

"We had a tough time ventilating his lungs because his lungs were so inflamed," he explained.

Dr. Besas says ECMO, which is about the size of a small suitcase, is a simplified version of a heart and lung machine. However, this process takes place outside the body and is very labor-intensive.

"We can take blood out of the body, put it through an oxygenator that puts oxygen into the blood, filter CO2 out of the blood and put it back into his body," he explained.

Slowly, Keegan’s health began to improve, and his lungs strengthened.

"Throughout this pandemic, we’ve had a lot of situations where patients don’t do very well," Dr. Besas said. "So it’s always good to have good outcomes."

Keegan, whose name means "little fiery one," said his strong faith got him through the terrifying ordeal. He is grateful to his medical team and father, whose spirit is with him.

"He was watching over me that day and the whole time I was under," he said.

Keegan has a Harry Potter tattoo that says "Happiness can be found even in the darkest of times, if one only remembers to turn on the light." It pays homage to his favorite movie and real-life struggle. 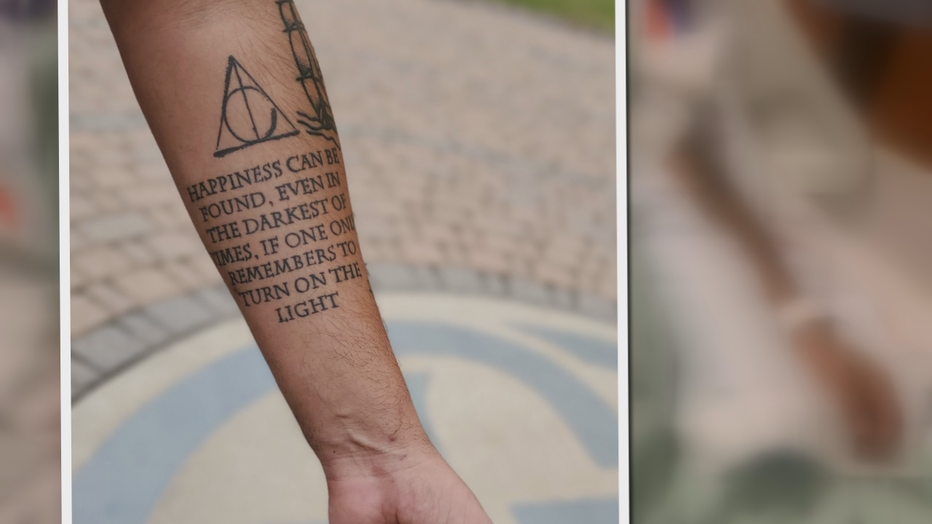 "He's supposed to be here," Lisa said. "God has a plan. What that plan is only God knows."

Keegan says physical therapy has helped him tremendously. He hopes to go back to work in January. He and his mom have since gotten the COVID vaccine.