Fort Worth man charged with murder after shooting suspected thief

A Fort Worth man who shot and killed a woman he thought was stealing his property is now facing a murder charge.

FORT WORTH, Texas - A Fort Worth man who shot and killed a woman he thought was stealing his property is now facing a murder charge.

The incident happened early Sunday morning outside a home on Dallas Avenue in Fort Worth.

Police say 44-year-old Ngon Dinh shot and killed Ana Olivo, who would have turned 29 on Thursday.

According to an arrest warrant affidavit, Dinh told police he saw motion outside of his house on his security cameras so he grabbed his gun and went to check it out. 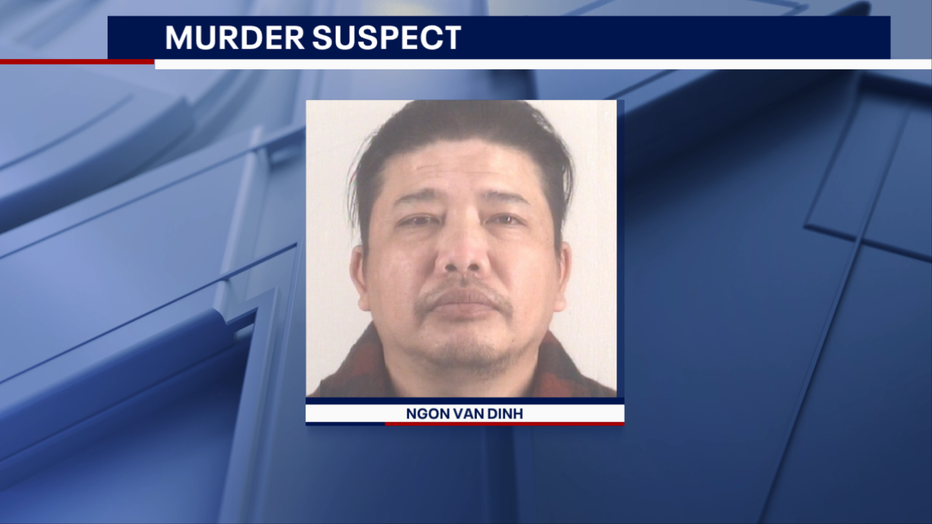 Dinh said he saw someone stealing a child’s wagon from inside his fenced yard. But Dinh told police he is blind and one eye and only has 70% vision in the other so wasn’t sure if it was a man or a woman.

Dinh confronted Olivio with a .22 caliber AR rifle and told her "to lie down multiple times." She was standing in the street at the time, the affidavit states.

Dinh told police "he remembers the person saying ‘you gonna shoot me’ in a ‘loud tone of voice’ which Dinh said made him feel threatened and caused him to fire his weapon.

After the first shot, the woman turned around and Dinh fired four additional shots.

Investigators reviewed the security video and determined Olivo did go into Dinh's yard and did take a red wagon, but she dropped it when confronted and did not have any property in her hands when she was killed.

During questioning, Dinh told police he has had a lot of problems with thieves stealing his property and that’s the reason he installed security cameras around the house.

"When asked why he didn’t just let the person go, he said that’s what he did last time, and this time he was tired of seeing his property getting broken into and stolen," the arrest warrant affidavit states.

Dinh claimed he only intended to shoot the person "to stop them to get 911 there."

Dinh is facing a murder charge because police said he intentionally or knowingly caused Olivo’s death by shooting her multiple times.

Former Dallas County prosecutor DeMarcus Ward, who is not connected to this case, said the details behind this shooting would make it challenging for both the prosecution and defense.

And what about the Castle Doctrine, which justifies using deadly force in Texas to prevent unlawful interference with one’s property, prevent a person who is fleeing after that theft and when the person feels their life is in danger?

"In this case, the state would probably make the argument that the castle doctrine does not apply for a number of reasons," Ward said. "First of all, there’s a big question as to whether or not she was still on his property at the time."