Fort Worth's Northside and Polytechnic neighborhoods will receive up to $270,000 in funding and grants over the next 3 years.

FORT WORTH, Texas - The city of Fort Worth is trying to revitalize a couple of neighborhoods with the help of Main Street America.

The program has been reviving downtowns in mostly smaller cities for decades, but also in a few larger cities.

Fort Worth is the first city in Texas to partner with the organization to help two different neighborhoods.

Maybe it’s appropriate that a section of North Main Street in Fort Worth is one of the areas that is getting help from the organization Main Street America.

The Northside neighborhood, in between downtown and the Stockyards, is one of two neighborhoods where the goal is to take boarded up businesses and empty storefronts and bring life back to the area.

The five-block stretch on Main Street is part of the historic Northside community, which has a rich Latino heritage and a proud population hoping to keep it alive.

"What we consider the Jewel of Fort Worth," said William Giron, with the Arte de La Rosa Latino Cultural Center.

"I think what’s going to help the Northside the most is we already have a traffic pattern that will support business. We really just need to focus on bringing more businesses in," said Anette Landeros, who is president of the Fort Worth Hispanic Chamber of Commerce.

That’s where the city of Fort Worth’s Revitalization Pilot Program with Main Street America comes in.

"Main Street America is a national organization that has already done this in over 1,200 cities, so they have lessons learned, they have the best practices," Landeros said. 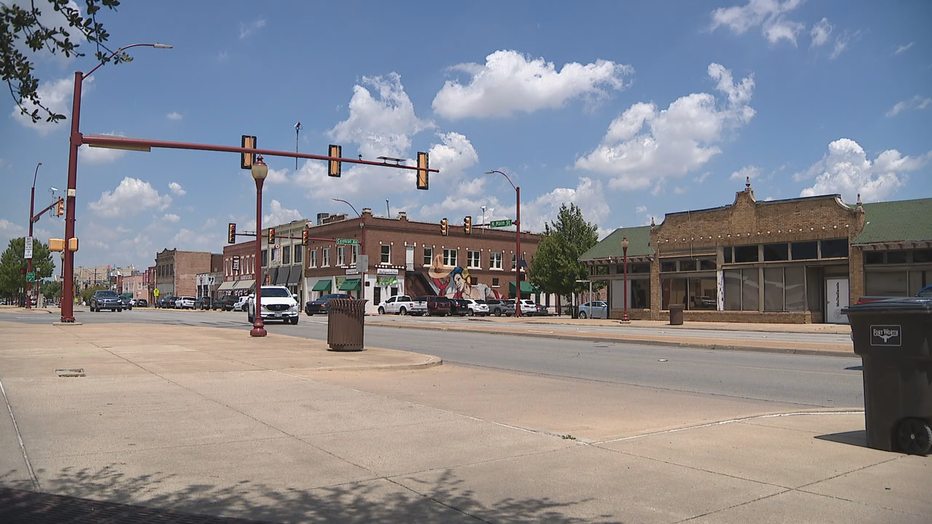 Landeros will oversee the three-year project in the historic Northside, which includes extensive training in things like community engagement, hiring practices, and partnership building.

"Hopefully, this is an opportunity to bring in the community to be part of the revitalization. I think that’s the most important part of the development," Landeros said.

Across the street, city crews have already started sprucing up the facade of the Artes de La Rosa Cultural Center, which offers free classes in dance, art, and music to families.

And in the neighboring vacant buildings, Giron sees opportunity.

"Tourism," he said. "In this strip here, having people come and walk, that visibility of having all of these restaurants."

Six miles to the southeast, the Polytechnic neighborhood is eager to see similar changes on Vaughn Boulevard, which leads right up to Texas Wesleyan University.

"It used to be its own city back in the day, before it got annexed by Fort Worth," said Stacy Marshall, with Southeast Fort Worth Inc. "It needs a lot of help."

Marshall said, in addition to more businesses, he wants to see more housing to draw young families into the neighborhood.

"You’ll see a lot of people walking their dogs, with their kids, just having a good time experiencing life," Marshall said.

Over the next three years, Northside and Polytechnic will receive up to $270,000 in funding and grants, as well as a full-time employee to oversee the project.

"We’re working with foundations that are going to donate money to us so that we can keep the cause going," Marshall added.

Their measure of success is better lighting, added parks, and more open doors to turn desolation into a destination.

"I think that it would definitely be a place where we would want folks to gather and spend a lot more time," Landeros said.