Thousands of Fort Worth ISD students have access to the internet as the district handed out free hotspots to students and families.

FORT WORTH, Texas - Thousands of Fort Worth ISD students have access to the internet as the district handed out free hotspots to students and families.

Earlier this month, the district approved the purchase of 6,000 hotspots. This week it's been handing them out to families in need.

Friday afternoon brought a sense of relief to many Fort Worth ISD families as the district handed internet hotspots to families that may not otherwise have access.

Shirley McCoy says her 9-year-old grandson has been struggling to get online for the last several weeks.

“I have hotspot on my phone, but it’s not fast enough for him to do his work,” she said.

Fort Worth ISD approved the purchase of 6,000 hotspots earlier this month after a district survey found that thousands of families had no internet at home. 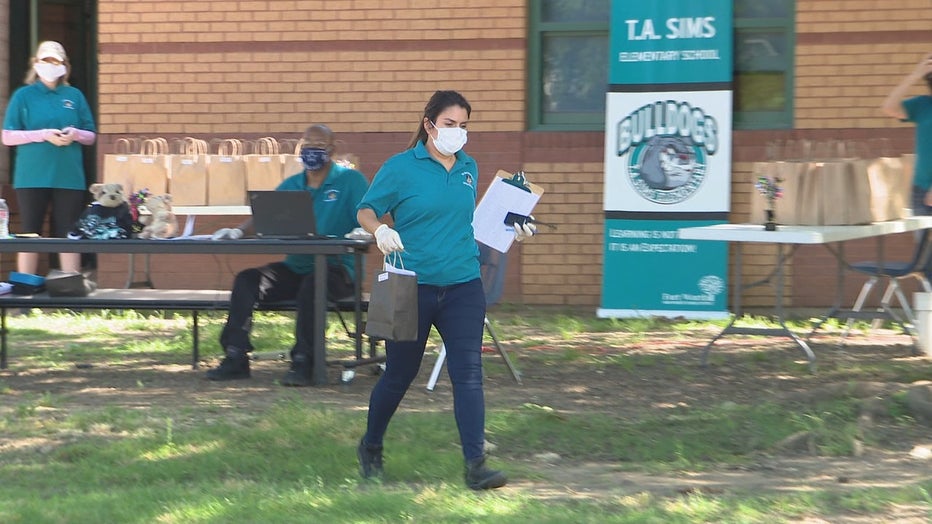 District spokesperson Clint Bond says it worked closely with AT&T to secure the right number of hotspots and also received a $500,000 donation from Facebook.

“Now that they have that, we’re hopeful they’ll be able to interact with our teachers and to get busy at schoolwork because we still have a month of school left,” Bond said.

About 40 Fort Worth employees spent this week configuring the equipment and distributing it to families around the district.

The district also approved the $1.2 million purchase of 6,000 Chromebooks for students who need them.