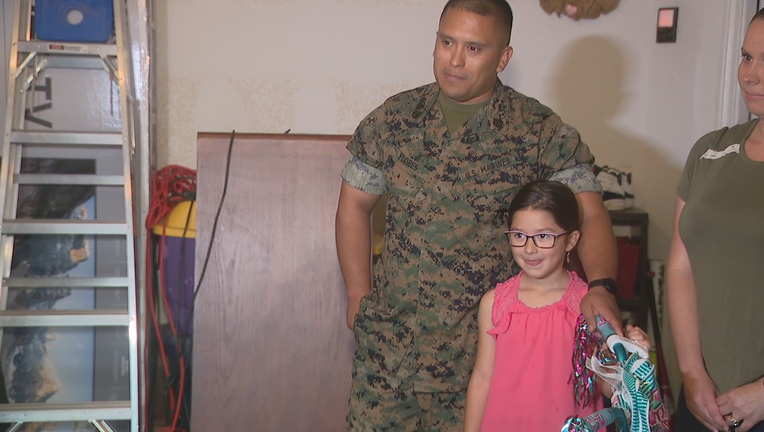 FORT WORTH, Texas - A girl living in Fort Worth got a special surprise Sunday morning thanks to a group of student-athletes.

She was presented a new bike, along with another unforgettable gift.

Aubriella’s bike broke during the beginning of the pandemic, and due to shortages at stores, she was unable to get a new one.

That was until area student-athletes with the Making a Difference On and Off the Field Campaign heard her story.

“The hardest thing I've had to do in the Marine Corps is leave my family. Whether it be four days, four months, a year, that's the hardest thing because when you're in the middle of nowhere by yourself and you don't have your family, it's pretty tough but they’re the drive. They’re the ones who push me to keep going forward,” Flores said.

Flores isn't the only Marine in the family.

He has a 19-year-old daughter who's currently in boot camp in South Carolina and a 17-year-old son who just left for boot camp Sunday afternoon.