A Fort Worth developer who helped invigorate a long-neglected portion of the city will soon pass away. But before he does, he's determined to help save lives that have just started.

FORT WORTH, Texas - A Fort Worth developer who helped invigorate a long-neglected portion of the city will soon pass away. But before he does, he's determined to help save lives that have just started.

Happy Baggett wants to raise $1 million before he leaves this Earth for some of the youngest at-risk children.

He was diagnosed with terminal liver and colon cancer in June. Baggett is not undergoing traditional therapies and is 'happy' about that decision.

Nationally known retailers, new housing, a hospital clinic and the Renaissance Square all brought a new landscape to one of the poorest sections of Fort Worth in the southeast side.

Happy Baggett is a developer, philanthropist and visionary. 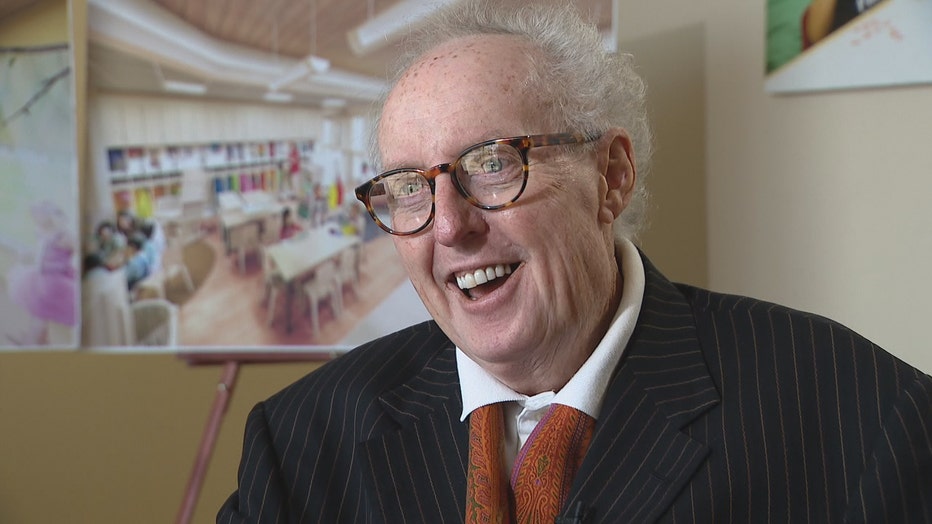 "We hadn't seen development there in 50 years!” he said. “Mayor Mike Moncrief came to me and said, ‘Hap, I need you to buy some land. It's in the worst part of town.’ I said, ‘it must be the masonic home.’ He said yeah, ‘how do you know?’ I said I've been looking at it for six years."

Baggett’s sit down interview with FOX 4 was bittersweet.  He is dying of cancer and is choosing to finish life on his own terms.

He's maintained a standing reservation at Grace Restaurant in Downtown Fort Worth, where he is a key investor. He's also traveled, received honors and given speeches.

During this Rotary club luncheon on Sept. 13t, Baggett touted about a personal mission to raise $1 million for Child Care associates, a starting point for the Happy Fund.

“We have not been taking care of our 0 to 4 years olds, and that's what we've got to start doing,” he said. “Right now, we're planting the seed and Fort Worth has responded mightily. I'm just blown away with what Fort Worth has done.”

"He was incredibly moved,” Price said. “He later called me and said, ‘Why would you do that?’ I said, ‘Because you are very special and you mean a lot to the city.’ He's just very humble."

"I was told, ‘you have six months to live. Anybody you want to see you need to do asap.’ When that's in your life, you gotta make a decision,” Baggett said. “If you have a small portion of time, celebrate your family. Celebrate what you've worked for. Help someone else down the road.”

October 16 is the Child Care Associates fundraising luncheon in Fort Worth.

Baggett hopes to reach his Happy Fund goal by then. He has a small army of supporters cheering him on.