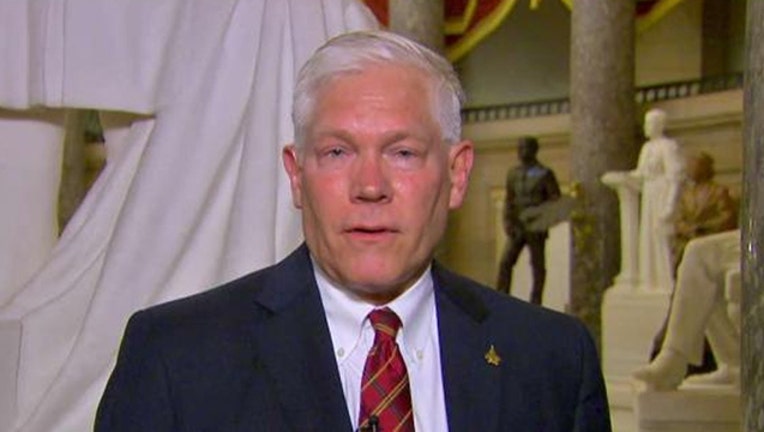 WASHINGTON - A federal grand jury has subpoenaed former Republican Rep. Pete Sessions for information about his interactions with Rudy Giuliani and several associates who were indicted last week.

The former lawmaker from Texas is cooperating with investigators and will turn over documents in the coming weeks, said Matt Mackowiak, a spokesman for Sessions.

Giuliani, the former mayor of New York, is the personal attorney to President Donald Trump.

The Wall Street Journal reported that the subpoena seeks documents about Giuliani’s business dealings in Ukraine and his efforts to oust the U.S. ambassador in Kyiv, as well as information about interactions between Sessions, Giuliani and the four men who were indicted in the Southern District of New York.

Those men include two Florida businessmen, Lev Parnas and Igor Fruman, who are associates of Giuliani and tied to the Ukraine impeachment investigation. They were charged last Thursday with federal campaign finance violations in connection with a $325,000 donation to a group supporting Trump’s reelection.

The federal investigation comes as House Democrats pursue an impeachment inquiry into Trump’s dealings with Ukraine, including a summertime phone call in which he pressed Ukraine’s president to investigate baseless corruption allegations against Democrat Joe Biden. Giuliani had also been asking Ukrainian officials to dig up dirt on Biden and also pushed for the ouster of the U.S. ambassador to Ukraine, Marie Yovanovitch.

Prosecutors allege that Parnas urged a congressman to promote efforts to push out Yovanovitch around the same time that Parnas and Fruman committed to raising more than $20,000 for the politician.

The congressman wasn’t identified in court papers, but the donations match campaign finance reports for Sessions, who lost his reelection bid in November. In May 2018, Parnas posted a photo of himself and his business partner David Correia — who was also named in the indictment — with Sessions in his Capitol Hill office, with the caption “Hard at work!!”

Sessions spent 22 years in Congress becoming a powerful Republican voice and the muscle behind the GOP’s House takeover of 2010.

Earlier this month, Sessions announced an attempted comeback in his boyhood hometown of Waco, running for a seat being vacated by Rep. Bill Flores, one of six Texas GOP congressmen retiring next year.