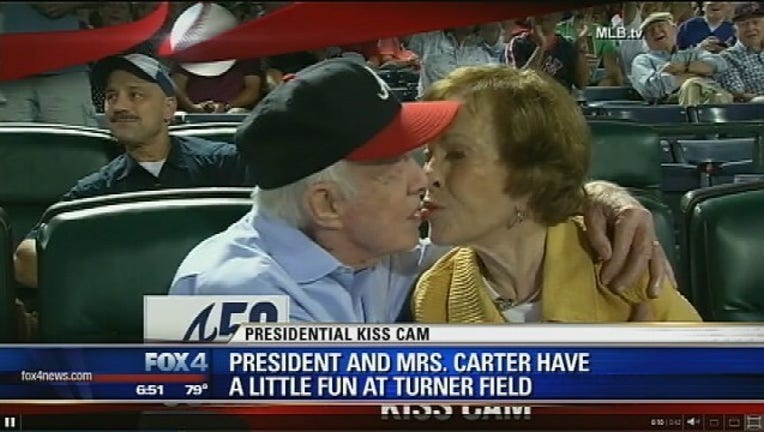 The two were in their usual seats near the Braves dugout during a 5-0 loss to Toronto, and they received a loud cheer when shown on the video board. Carter kissed his wife and then gave a big smile as the cheers continued.

The Carters stayed around for all nine innings of the game.

Former President Carter, 90, announced last month he has cancer that spread to his brain.