The operators of a longtime miniature train in Fort Worth have been given a deadline to get the train back on the track.

FORT WORTH, Texas - The operators of a longtime miniature train in Fort Worth have been given a deadline to get the train back on the track.

The Forest Park Miniature Railroad has been around since the 1950s, carrying its passengers around areas near the Trinity River.

Those rides stalled when equipment issues popped up, along with the company citing health issues with its operator.

No familiar whistle. No call for, "All aboard,’ or fun relaxing ride around the Trinity and Forest Park, as Fort Worth’s iconic miniature train is idle and has been for six months.

There was chatter about it at city hall.

"Are there any other complications specific to the train tracks, such as bridges? In other words, how do you get the train operational if this operator isn't willing to operate the train?" Fort Worth Mayor Mattie Parker asked at Tuesday’s work session.

Per the terms of its long-standing contract, the city has issued a 60-day ultimatum to Forest Park Rides, Incorporated, which is the family-owned company that runs the train.

"We have known since about March that the train has not been operating as per the terms of the contract, and we’ve been working with the owner to get the train and encouraging the train to get up and running again," said Dave Lewis, with Fort Worth Parks and Recreation. 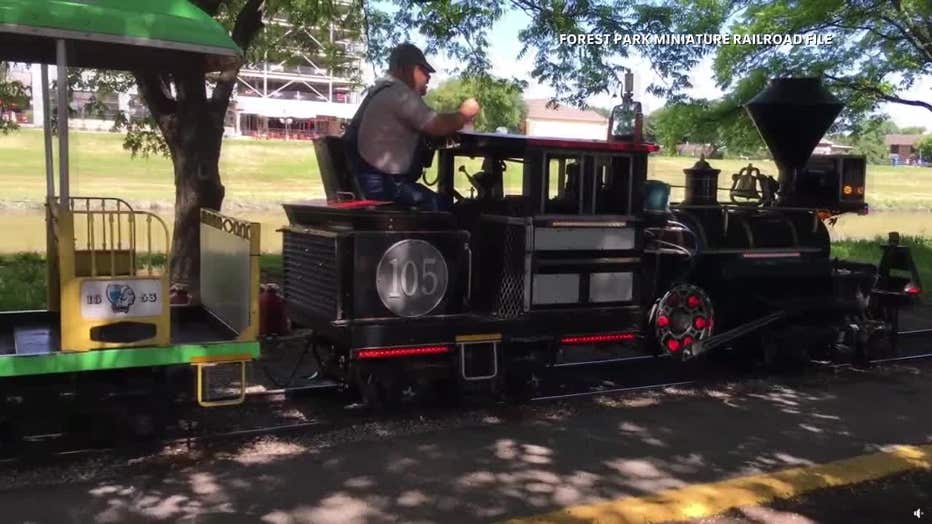 READ MORE: FOX’s Big Noon Kickoff Show will be in Fort Worth for TCU vs. Texas Tech

The miniature train, also known as the Forest Park Train, still has its online presence, with a website and Facebook page.

It has been around since the late 1950s. It’s a family favorite and compliment to the Fort Worth Zoo and other cultural landmarks.

On its Facebook page, the company posted it is "closed for an indefinite period of time…due to the owner having surgery."

"Oh no, this is a piece of Fort Worth history we just can’t lose," train enthusiast Jeffrey Ritter said.

But people like Ritter, who grew up riding the mini railcars, want to do whatever they can on a volunteer basis to help preserve it and keep it going.

For now, city officials will only say they're hopeful the operator can get things back on track within 60 days.

"We really haven't explored any of the opportunities or options that the city would have if the contract was terminated. We’re just really focused on working with the current operator," Lewis added.