The pandemic is still having a huge impact on people's ability to work and provide food on the table. Now, inflation costs are making things worse. A few of the larger, local pantries accepted some big donations Tuesday to help North Texans.

DALLAS - For food banks, food banks have filled the needs that are sometimes unseen. Throughout the pandemic, food giveaways have remained a constant.

A few of the larger, local pantries accepted some big donations Tuesday to help North Texans.

There are a couple of factors at play.

First, the pandemic is still having a huge impact on people's ability to work. Now, inflation is making things worse.

At Crossroads Community Services in Dallas, the work never ends. Volunteers work alongside the organization's 21 employees to box up meals for residents dealing with food insecurity.

Benaye Wadkins Chambers is the president and CEO. She says the need in North Texas remains great. The ongoing pandemic is partly to blame. 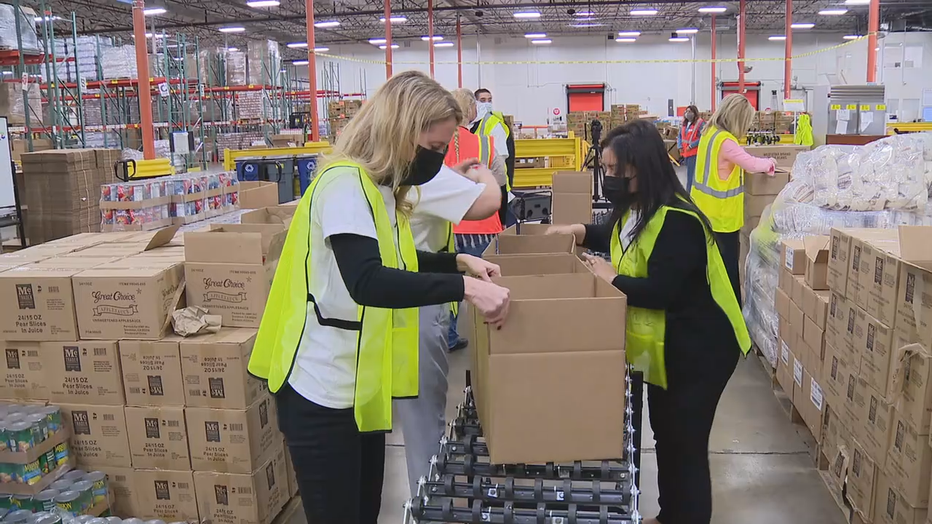 "As we see this issue of various variants coming up, people are laid off back to work," she said.

Compounding the problem is inflation.

"I don't see the need slowing down soon until we get inflation in check with is steadily rising, food costs, shipping issues all of those things play into the availability of food," Chambers said.

All area food banks are dealing with the same challenges.

Chambers says that donation equates to 1.6 million meals for Crossroads.

"The work you're doing is critical to our city as we face down some pretty serious challenges," he said.

"For every dollar, we can create four meals here," Chambers said.

And those meals move quickly out at the door.

Outside the CSS warehouse, which services residents and is a food hub for 141 community partners, a line of cars began to form down the street.

Folks like Shirley Gee are in need of nutritious food.

"It’s very because there's some people in my house who aren't working anymore," she said.

"When you can run over here and get some of the things that you need as opposed to trying to stretch things out at the grocery store," Gee said. "It's a relief."

The monetary donations help secure the food, but Chambers says they desperately need volunteers in order to distribute the groceries.