The Flower Mound Town Council is poised to approve plans to build a massive warehouse business park — but not without some emotional opposition from people who live near the proposed business park.

FLOWER MOUND, Texas - The Flower Mound Town Council is poised to approve plans to build a massive warehouse business park — but not without some emotional opposition from people who live near the proposed business park.

Public comment began just after 8 p.m. Monday. More than 65 people signed up to speak out against the plan. 300 additional people did not choose to speak but expressed written opposition to the plan.

Hundreds of disgruntled homeowners in Flower Mound were packed inside the flooded city hall Monday night wearing the same t-shirt with a clear message: "keep the warehouses out of our neighborhood." 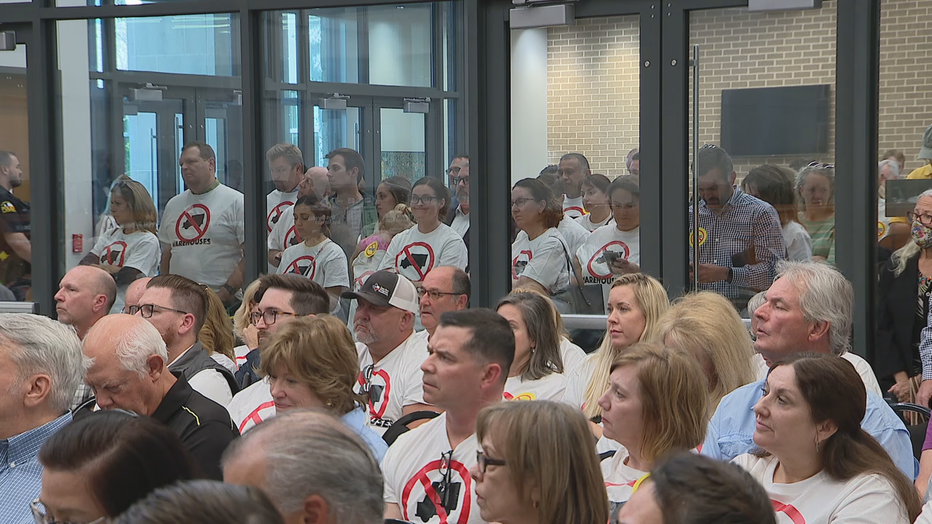 The proposed Cross Timbers Business Park would bring a cluster of 10 one-story warehouses to a plot of undeveloped land about three miles east of I-35W, directly west of Highway 377 and just south of Argyle High School.

Bordering the warehouses would be dock bays for more than 700 18-wheelers.

Homeowners have a long list of concerns: unwanted noise and pollution, increased traffic, lower property values and the safety of their children who play outside.

"If you do this on this location, do you have any idea what a traffic nightmare the train stop is going to bring plus the noise that’s gonna happen?" said resident Tom Clark.

"The residents in this town want development. It’s not an anti-development issue," said resident Brian Taylor. "The issue is this type of development in this location."

Developers with Crow Holdings spent over an hour presenting their proposal to council members detailing everything from traffic studies to noise concerns. They say the development would bring $300 million in tax revenue to the city. They added its proximity to residential areas is not unlike businesses that already exist in Flower Mound. 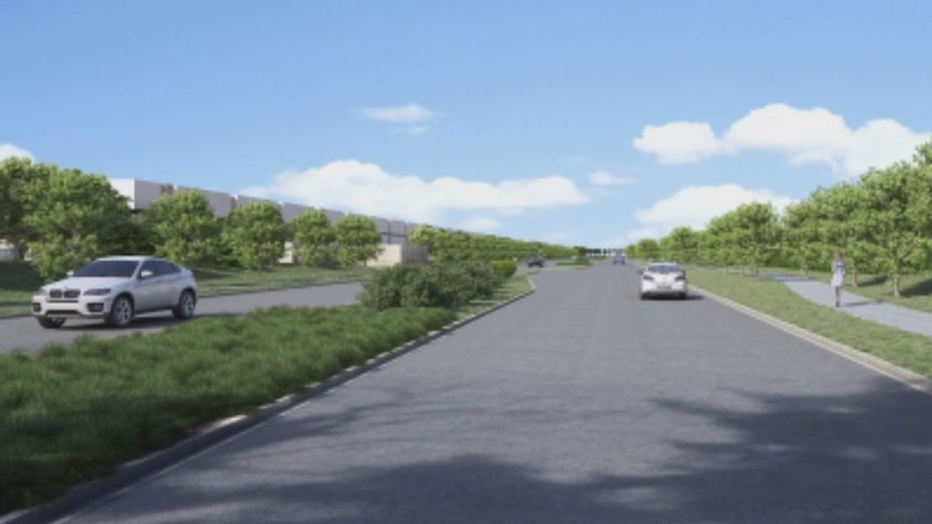 Still, based on feedback from neighbors, the company says it’s reduced the project by 500,000 feet, added more landscaping and extended barriers between the site and nearby homes.

In a written statement, the landowner urged the council to approve the plan, calling it "the highest and best use of this land."

The planning and zoning commission and Argyle ISD have both opposed the park, but the decision is up to the council.

A decision has not yet been made.