Flower gets eliminated on Fox's 'The Masked Singer'

The top secret celebrity singing competition unmasked one of its biggest competitors.

LOS ANGELES - The flower wilted on Wednesday’s night episode of  FOX’s "The Masked Singer," revealing the identity of one of the show’s most high-profile celebrity competitors to date.

"All I know is there’s a queen, and she is a queen," panelist Jenny McCarthy said.

While the elimination may have been shocking, the singer’s true identity came as no surprise to many.  On last week’s episode, panelist Robin Thicke made a telling observation about who may be hiding behind those sparkly purple petals.

RELATED: So long, ladybug: FOX's 'The Masked Singer' reveals another celebrity contestant behind the mask

"When you get up into that range, there’s only a handful of singers in the world that can do that, thinking it might be Patti LaBelle," Thicke guessed.

Clues leading up to flower’s reveal included a disco ball, perfume bottles, and dominoes with the number "1944." But, one of the biggest giveaways in her clue package was the game the dancers played by the pool — Patty Cake.

Show host Nick Cannon, who has personal ties to LaBelle, also said he knew it was the R&B singer after helping pull off her mask.

"Nick Cannon knows me so well," LaBelle said. "I am his ex-wife’s fairy godmother, and his two little kids I’m like their mama Patti," she continued.

All panelists except for Joel Mchale and Ken Jeong guessed correctly that LaBelle was the flower. 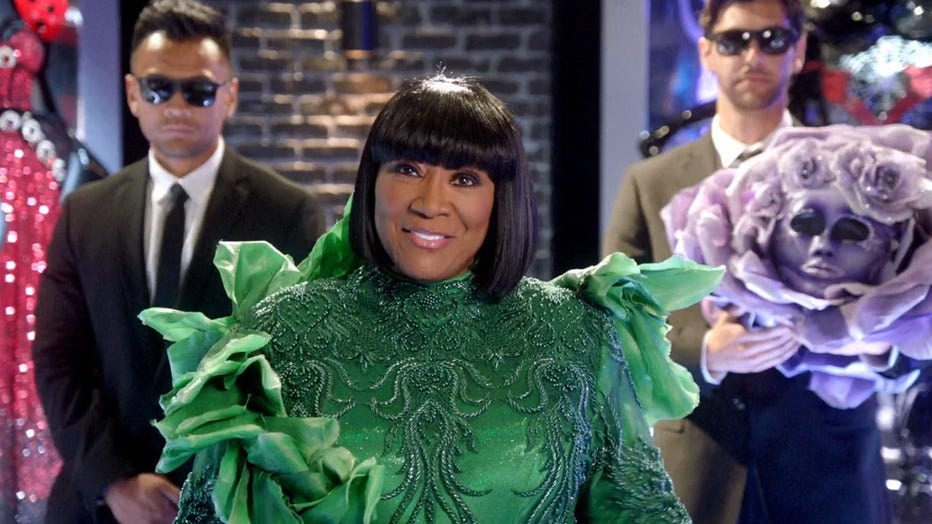 While LaBelle has been in show business for 60 years, she said competing in "The Masked Singer" was the "most challenging" thing she’s ever done in life.