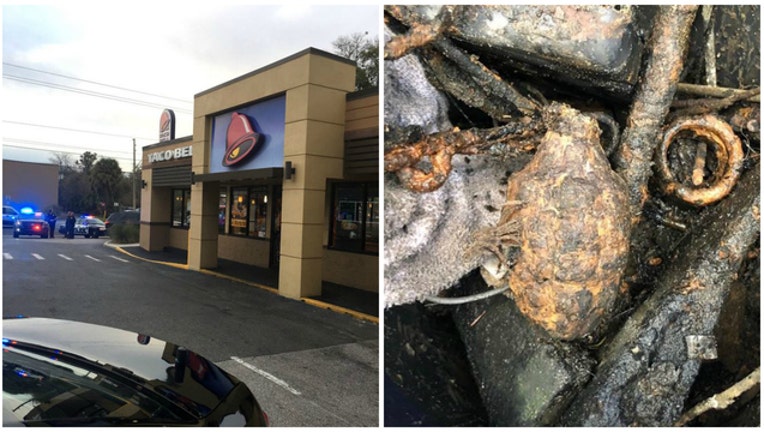 OCALA, FLORIDA (Fox 32 News) - A Taco Bell in Florida had to be evacuated on Saturday because a man brought a grenade to the restaurant.

Ocala Police said that the man fished out the grenade while using a magnet.

He opted not to call 911 right away. Instead, he drove more than 15 miles to a Taco Bell before calling the police.

Officers evacuated the store and and the bomb squad removed the grenade. No one was hurt.