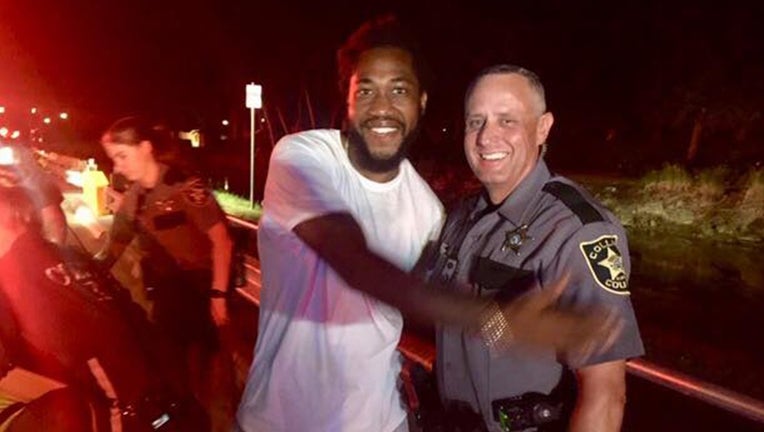 NAPLES, Fla. (FOX 35 ORLANDO) - A Florida deputy helped deliver a baby after he pulled a car over for speeding Tuesday morning.

Collier County Sheriff's Office Deputy Robert Pounds was on patrol in Naples when he clocked the speeding car going 63 mph in a 45 mph zone around 4:30 a.m. down Airport-Pulling Road.

Deputy Pounds pulled the car over and got an unexpected surprise.

"When he approached the car, he quickly realized the passenger was in labor and about to deliver a baby," the sheriff's office wrote on Facebook.

That's when the deputy jumped into action.

"Dep. Pounds called for EMS and backup, then grabbed a blanket. He delivered a beautiful baby girl and made sure the mom was OK and the infant was breathing."

When emergency medical services arrived, they cut the umbilical cord and transported the mom and baby to the hospital.

Although it was a busy scene, Deputy Pounds stopped to take a photo with the proud and grateful new dad!