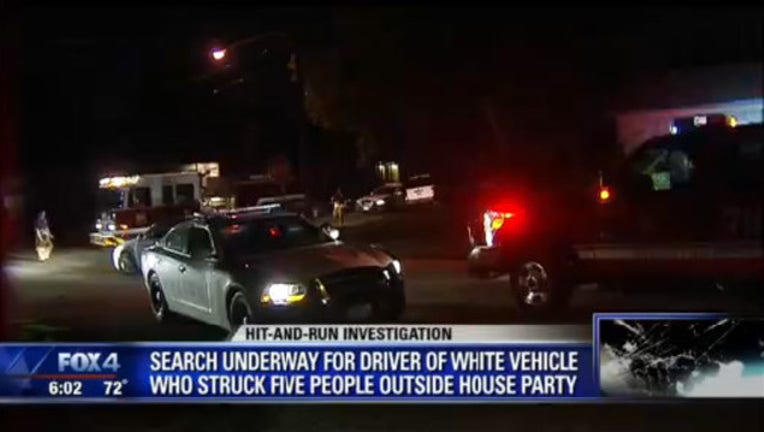 Police are looking for the driver of a white car who ran into five people outside a house party in the Pleasant Grove area of Dallas.

Just after 3:00 Sunday morning, first responders were called to a home on Blanton Road, near Highway 352.

Witnesses told police someone was asked to leave the party, so he drove off and ran into people who were in the area.

One person is in serious condition. The others were taken to the hospital with less serious injuries.

Police are looking for a white vehicle that was described as possibly being an Acura with front end damage.