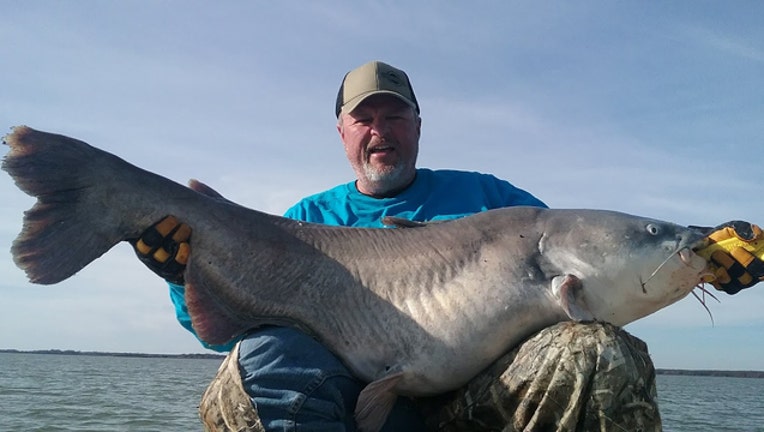 This is quite a fish tale.

Parks said the High Fin Blue Catfish weighed about 73 pounds. It was not far off from the largest catfish caught there, which was 87.5 pounds.

After snapping a few pictures, Parks and his friends let the catfish go.

Thanks to the visual proof, he won’t need to embellish the story.