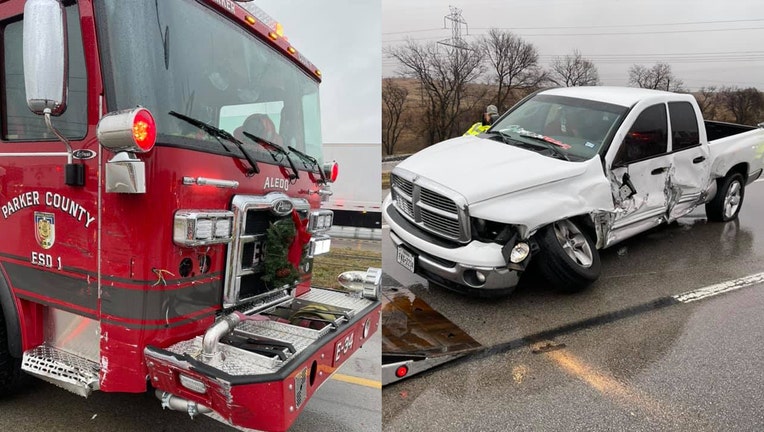 A Parker County fire engine was struck by a truck while on scene of another wreck on I-20 Sunday morning.

Parker County Emergency Services reports there were four firefighters who were in the fire engine at the time of the wreck, and their lives were put in danger.

There were four other vehicles involved in the crash.

“Do yourself and us a favor and please slow down, drive the conditions, yield to emergency vehicles of all kinds, and follow the law,” he said in a Facebook post about Sunday morning’s crash.