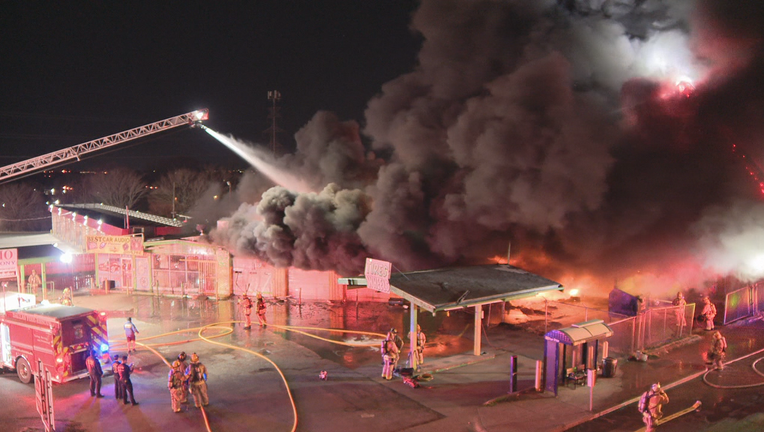 It happened just after midnight Tuesday at the store on Military Parkway and Buckner Boulevard.

The fire was reportedly so dangerous that firefighters were ordered out of the building. They had to battle the intense flames and thick black smoke from the outside.

Investigators are still working to determine the cause of the blaze.