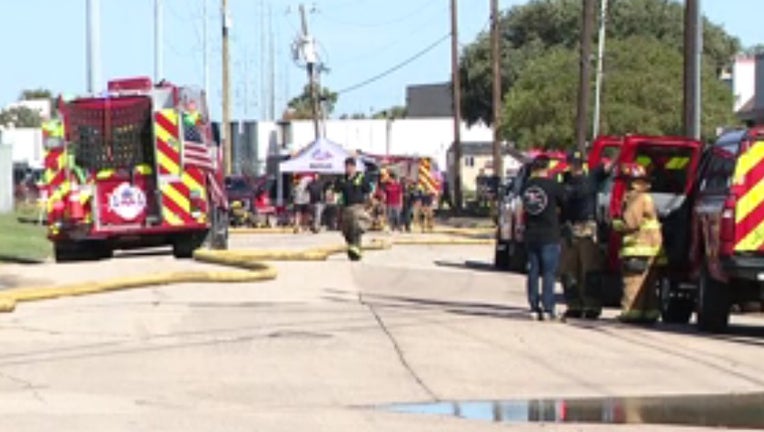 DALLAS - Dallas Fire-Rescue is investigating the cause of a fire Sunday morning that damaged several businesses in a building.

The fire was reported just after 9 a.m., at a building in the 10600 block of Wireway Drive.

Due to the size of the fire, firefighters were unable to go inside.

There was a major roof collapse while firefighters were trying to extinguish the flames from the outside.

There was "significant" damage to the building, before crews were able to extinguish the fire about three hours after arriving.

The building is unsafe for crews to enter, so the cause of the fire remains under investigation.