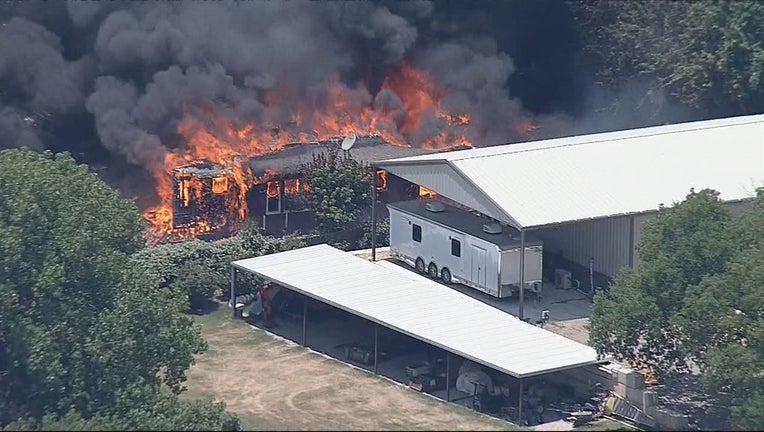 FORT WORTH, Texas - A man’s body was found in a burning home after a shootout with law enforcement.

Around 9:30 a.m. Thursday, Tarrant County sheriff’s deputies went to a home in the 500 block of Indian Creek Drive to serve a felony warrant for aggravated assault with a deadly weapon.

Soon after arriving on scene, police say the suspect began firing multiple rounds at law enforcement from multiple sides of the home. Deputies moved to defensive positions and attempted to negotiate with the suspect.

Police say the suspect continued firing rounds at law enforcement throughout the standoff and refused orders to exit the residence.

A Tarrant County sheriff’s deputy was struck, possibly by shrapnel, and suffered a minor injury during the standoff.

The fire damage to the home was extensive, and the suspect’s body was found inside once the fire was out.

Police have not released the suspect’s identity.