Crews are working to clean up the mess after a fiery crash involving an 18-wheeler on Interstate 635 in Mesquite. Thankfully, everyone was able to get away safely.

The crash happened around 7 a.m. on northbound Interstate 635 near Town Center Boulevard.

The truck collided with another vehicle and ended up flipping over the center median before catching on fire.

Thankfully, the driver was able to make it out of the cab. Police said there were no fatalities.

The Mesquite police and fire departments worked together to put out the flames. It took them about 40 minutes to get a water line from the nearby mall parking lot to the highway. 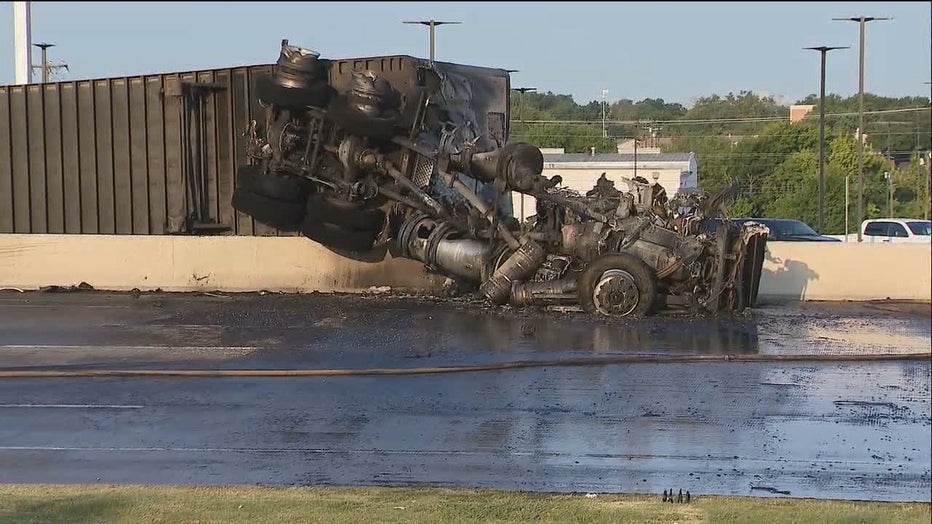 Northbound I-635 was shut down at Town East Boulevard and several southbound lanes were blocked off as well.

Drivers were encouraged to avoid the area.