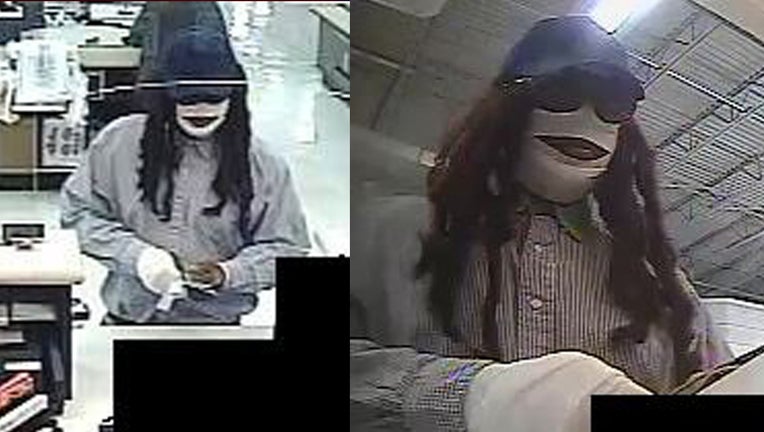 The FBI is asking for the public's help identifying a man dubbed the "Mummy Marauder" who robbed a Houston bank on Friday the 13th (Photos: FBI Houston)

HOUSTON (FOX 26) - The FBI is searching for a suspect dubbed the “Mummy Marauder” who robbed a bank in Houston on Friday the 13th.

According to the FBI, the man robbed a First Convenience Bank on the North Sam Houston Parkway last Friday.

Surveillance photos show the man with his face and arm wrapped in bandages, wearing a striped button-up shirt and a blue baseball cap.

Anyone with information is asked to call Crime Stoppers at (713)222-TIPS.