The Santa Rosa father of the baby killed by drugs has also died of an overdose.

SANTA ROSA, Calif. (KTVU) - The Santa Rosa father of the baby killed by drugs has also died of an overdose.

By phone, the child's mother Emily Guillory, told KTVU that the father doted on the toddler, would never intentionally harm him, and had been attending Narcotics Anonymous meetings.

Police are awaiting toxicology results, but it appears the toddler was exposed to fentanyl while in the room his father rented on Darek Drive. 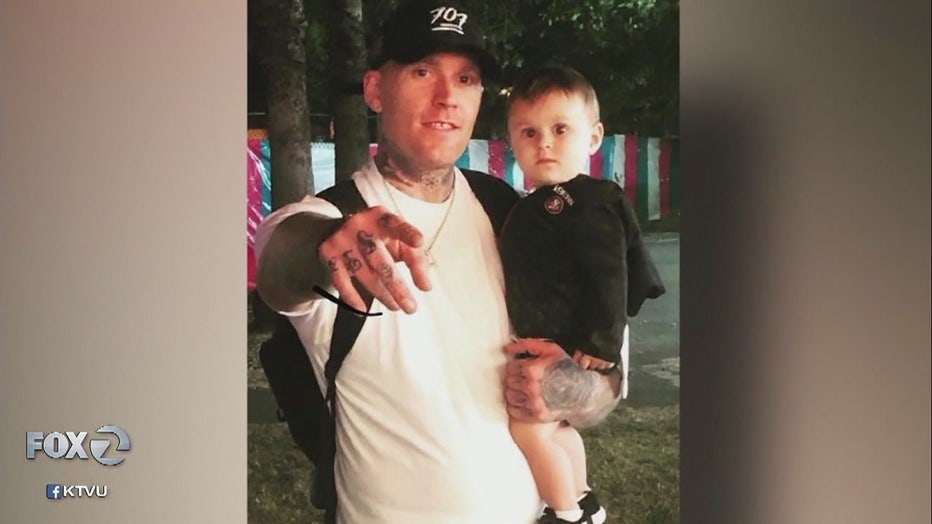 Liam was found dead on the floor, alongside his father, who was unconscious.

Police were prepared to arrest Patrick Oneill for his son's murder, had the young man survived.

"The officers who arrived at the scene located narcotics and narcotics paraphernalia in the bedroom, near where both of them were discovered," said Marincik.

The two were discovered by Guillory, who came to check on them when she wasn't able to reach Oneill.

"It's something you wouldn't wish anybody to experience, it was tough on our officers, and I can only imagine what the family is going through," said Marincik.

She calls both father and son "her whole world," and a "beautiful little family."

In her grief, she writes that "heaven gained two beautiful souls."

A longtime counselor with insight into Oneill's struggles offered perspective on the tragedy.

"Patrick came into the world under difficult circumstances and those circumstances chased him his entire life," said the counselor, who declined to be identified.

He met Oneill as a teenager in residential treatment, remembering him as a "tough kid", he said, but someone "with a certain spark."

He says Oneill wrestled with bad decisions his whole life, was incarcerated for a time but tried to straighten out.

"Three years ago I ran into him, he was in his mid-20s and seemed to be doing well, working full-time and working hard."

The counselor offered his thoughts, in hopes people won't judge too harshly.

"Pat loved people, he really did, and he would do anything for his friends, he cared about people a lot."

Photos show a smiling baby boy blissfully unaware of life's big problems until they swallowed him up.

"I think drug addiction and opioid addiction are a big concern, not only in Santa Rosa but nationwide," said Lt. Marincik.

"It's not just the effects drugs have on the person addicted, but the people who are involved in their life."

As part of their investigation, police will look at the custody arrangement, the timeline of events leading to Liam's death, and how the dangerous situation with his dad might have been averted.