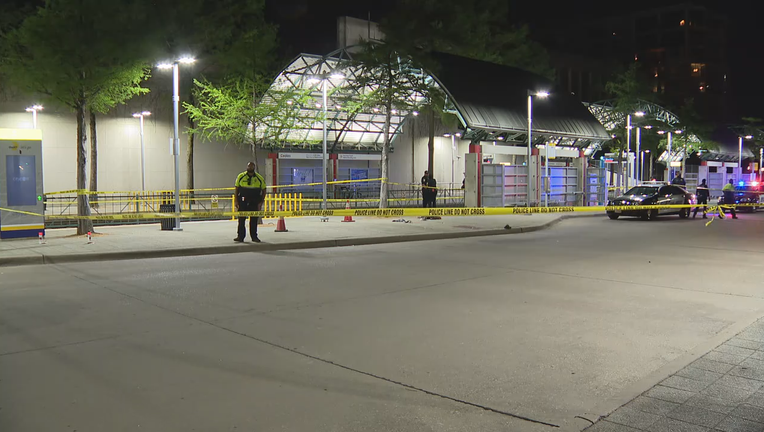 DALLAS - A man was killed in a shooting at a DART rail station Saturday night.

Police said the shooting happened just before 10:30 p.m., when several men got into a fight at the Cedars Station in South Dallas.

It ended when someone pulled a gun and opened fire.

Witnesses said three men were seen running away, leaving the victim on the ground.

The victim was rushed to the hospital, where he later died.