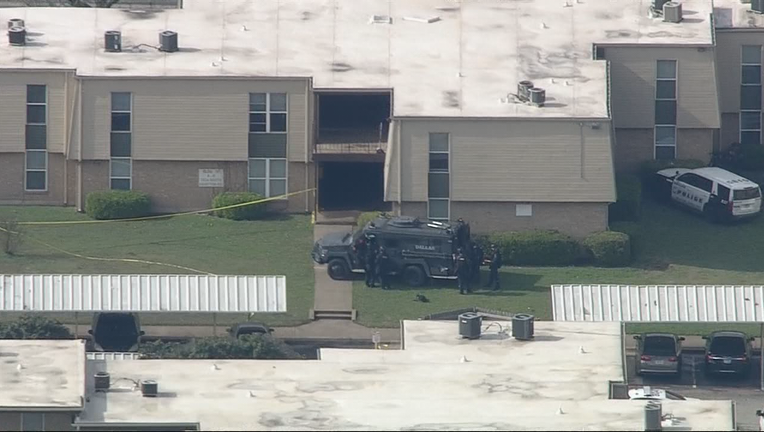 DALLAS - Dallas police surrounded an apartment complex in the Red Bird area Wednesday after a man was found dead there.

Police said the adult male was shot around 8:15 a.m. at the Hampton Terrace Apartments on South Hampton Road near the Marvin D. Love Freeway.

He was taken to the hospital and pronounced dead. His name has not yet been released.

Video from SKY 4 showed police and SWAT vehicles parked outside the apartment complex around noon.

Police said the SWAT team was called to search the victim's apartment as a precaution. They went in after about an hour but did not find any additional victims or the suspect.

There's still no word on the suspect or a motive for the shooting.