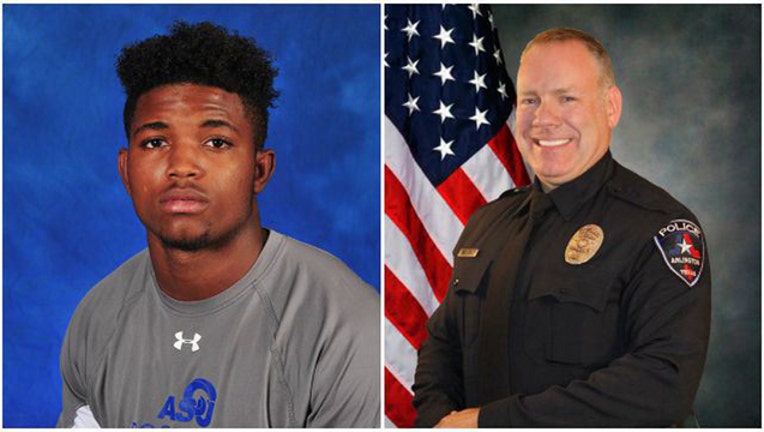 ARLINGTON, Texas (AP) -- Friends will join the family for a funeral for a black college football player shot fatally by a North Texas police officer answering a burglary call at a car dealership.

The funeral for 19-year-old Christian Taylor is scheduled for 2:30 p.m. Saturday at the Koinonia Christian Church in Arlington.

Taylor was unarmed when he was fatally shot Aug. 7 by an Arlington police officer responding to an after-hours burglary call. Security footage of the dealership lot shows Taylor busting out a car windshield, then driving his vehicle into the showroom.

Taylor was fatally shot while inside the business.