DALLAS - The family of a Midlothian man fighting for his life against COVID-19 is asking for the public’s help getting a vital plasma donation that could help save him.

Stephen Donelson has been battling the disease in the hospital since March 20. His family says they’ve signed off on an experimental treatment that uses antibodies in plasma donations from recovered COVID-19 patients to try and help those still critically ill from the virus.

Stephen’s wife, Terri, says he’s been critically ill and on a ventilator. He’s been sedated in the ICU ever since he started feeling ill more than two weeks ago. She hasn’t been able to see or speak to her husband as he battles the virus. But the family is hoping a plasma donor will come forward to possibly help save his life. 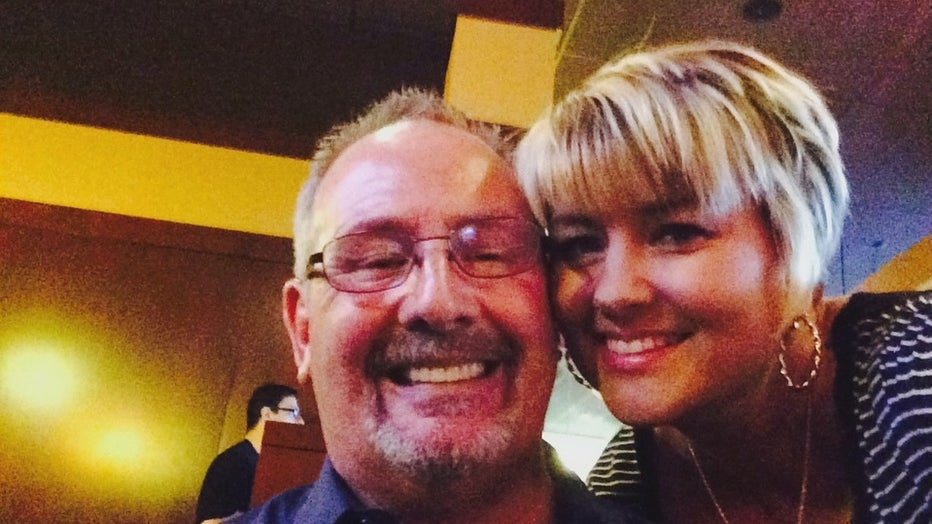 Stephen has been battling coronavirus in the ICU at UT Southwestern since he started feeling ill more than two weeks ago. It started with just a runny nose.

“He didn’t have a fever. Didn't have any gastrointestinal symptoms,” Terri said. “He didn't even have a cough.”

But things quickly deteriorated from there.

“Around 2 a.m. that morning when I walked into the bedroom, he was barely breathing. Blue in color,” Terri recalled. “And so I immediately picked up the phone and called 911.”

Ever since, Stephen has been on a ventilator fighting for his life, heavily sedated and unable to see his family.

Terri says Stephen was diagnosed with pulmonary fibrosis eight years ago and had a double lung and liver transplant in 2018, so he had been wearing a mask and staying at home since the coronavirus outbreak started in the U.S.

They’re unsure where he might’ve caught the disease, but Terri says her husband’s doctors approached her about an experimental treatment that uses antibodies in plasma of recovered COVID-19 patients on critically ill patients like her husband.

UT Southwestern says using plasma from recovered COVID-19 patients could help stimulate a stronger immune response in sick patients. The FDA recently allowed for emergency use of plasma on COVID-19 patients as an “investigational therapy.”

Medical professionals say it is generally safe and has been used to treat other viral infections like Ebola, but the therapy has not been tested for effectiveness yet against COVID-19.

People who have previously tested positive for COVID-19, have not had any symptoms for 14 days, and have now tested negative for COVID-19 are eligible to donate plasma for the treatment. They can sign up to help by completing a donor request form through UT Southwestern.

“I think for anyone that has successfully navigated their way through this horrible virus is that you're potentially carrying gold in your blood,” Terri said. “Right now as we get further into this, I think anything that shows a positive outcome we're clinging to for hope. And that's what I'm doing. I'm clinging to it for hope.”

The family is still waiting for a potential donor.

For more information on the plasma donation process for COVID-19 patients, click here.