Police said a vehicle hit Dale Thomas while he was walking on April 12 and he was then left to die.

Police said one of those vehicles was the first to hit Dale Thomas while he was walking on April 12. He was then left to die.

Rhoda is a forgiving person, but she wants an answer about who’s responsible for the death of her first-born son?

"We’re a praying family and we’re praying, we’re trusting, and we’re believing in God that we will get some results," she said.

A box truck and car each hit Dale around 9:30 p.m., but police said Thomas had already been lying in the roadway when hit. An investigation revealed he was initially struck by an unknown vehicle that drove off.

"They hit him and they kept going on about their night," Dales cousin, Brion Pierre, said.

The 43-year-old’s body was found after he was driven over by at least three vehicles. 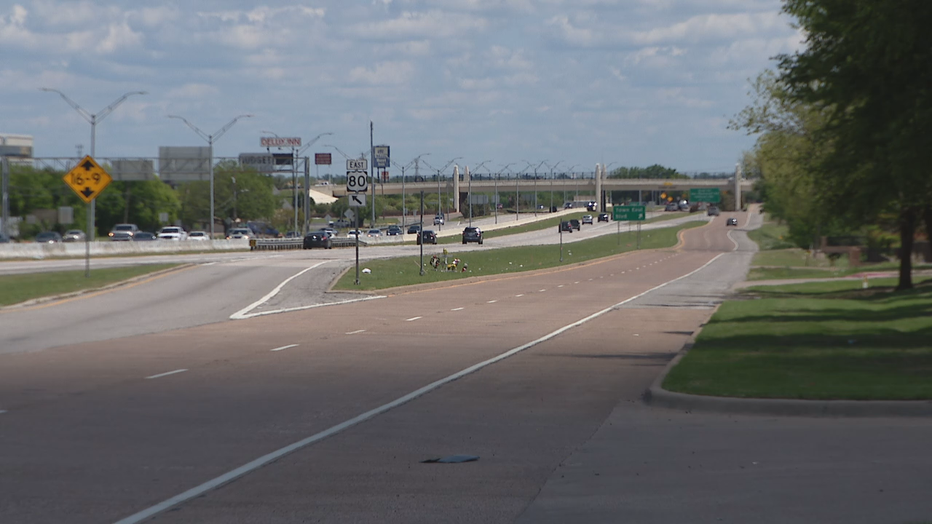 Investigators aren’t sure why he was along the highway, but his vehicle was nearby and family members believe he may have had maintenance issues and was walking toward a gas station for help.

"People have more compassion for animals than they did for him," Pierre said. "Because they did leave him in the road and who’s to say what his condition would’ve been."

Thomas, while already a grandfather, was engaged to a woman who is pregnant with their child.

"He loved to be around his family and he with his family," Pierre said. "Mostly, I want to humanize him and let people know that he was a real person."

Family said he moved to North Texas for a job following Hurricane Katrina.

"He meant the world to me," his mother said.

Thomas’ mother is just hoping the driver who drove off will do the right thing.

"I just want them to know that Dale was so loved," she said. "But I feel like just screaming and holler and just pleading for some kind of peace and relief."